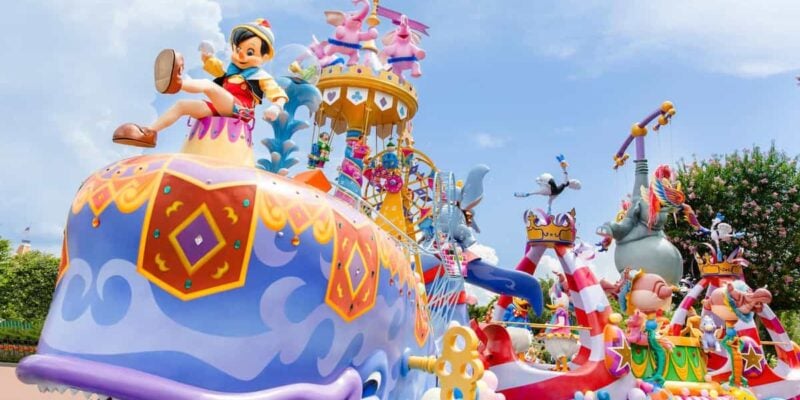 A Disney Cast Member was hilariously filmed warning Disney Park Guests about something they might not have even been aware of: The little white rope.

Magic Kingdom is home to many thrilling and iconic experiences, including attractions like Haunted Mansion, Pirates of the Caribbean, Space Mountain, Splash Mountain (while it’s open), “it’s a small world”, Jungle Cruise, and many more. The Walt Disney World Resort theme park, which features Cinderella Castle, also lights up the night sky every evening with showings of the nighttime spectacular Disney Enchantment, which is soon to be changed back to Happily Ever After.

In addition, Magic Kingdom is where all your favorite Disney characters can be spotted.

The Festival of Fantasy parade and Mickey’s Adventure Friends Cavalcade both run daily at Magic Kingdom and give Walt Disney World Resort Guests a chance to spot their favorite characters from all kinds of Disney movies and much more.

As Guests were getting ready to enjoy one of these offerings recently, a Disney Cast Member hilariously went viral with a warning for them.

The Cast Member hilariously told Guests not to touch the little white rope, which had been placed to make way for the parade.

The rope “has bacteria from every ball pit in America,” and while this was just a joke from the Cast Member, there probably ironically is a little bit of truth. This is another time when a simple Disney Cast member interaction– even just a warm joke– can result in a special memory for Guests.

What do you think of this joke from the Disney Cast Member? Let us know in the comments!