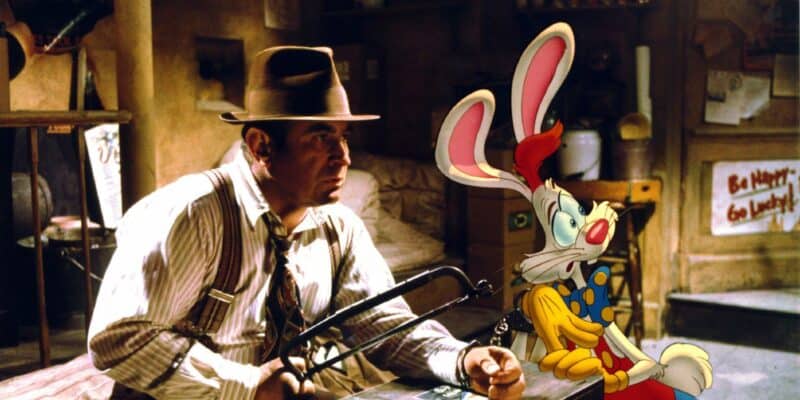 Bob Hoskins- loved by cartoons and pirates alike. An absolute legend, he would have been turning 80 today.

With his short stature and gravelly voice, he was frequently cast as a grouchy, short-tempered character (he would have made a great live-action Carl from Disney/Pixar’s UP.) But he was one of the most loving and well-liked people in show business.

Growing up in London, Hoskins dropped out of school when he was 15. He traveled all around and had many unique jobs before he began acting.

He farmed bananas in Israel, a crewman in the Norwegian Merchant Navy, a camel herder in Syria, and even a fire-eater.

In 1969, Hoskins got his first taste of acting. He had gone to an audition with his friend, Roger Frost. He was mistaken for one of the boys, handed a script, and told “you’re next.”

He landed the role, and Roger became his understudy. Frost always considered Hoskins “a natural”, recalling that “he just got up on stage and was brilliant”

With over 120 acting credits to his name, Bob Hoskins was a very seasoned actor. A few films of his stood out with audiences more than the rest.

At the heart of this movie sat Bob Hoskins. He portrayed Eddie Valiant- a private detective for toons. Partnering up with Roger Rabbit, Valiant goes on this crazy adventure to clear his name. Along the way, they discover the real evil villain was Judge Doom, played by Christopher Lloyd.

Related: Christopher Lloyd Passes the Torch in New Back to the Future Reboot Trailer

Hoskins plays Mario Mario– a Brooklyn plumber who travels to another dimension with his brother, Luigi, to save a princess from an evil dictator. The best part, he didn’t know Mario was a video game character!

All the Right Movies posted this interview to Twitter of Bob discovering this news.

BOB HOSKINS with a sobering thought after finding out the Super Mario Bros. (1993) film was based on a video game. pic.twitter.com/UiP3KtOFVI

In my opinion, this is the best adaptation of Peter Pan that’s been done. Hoskins plays an unforgettable Smee alongside Captain Hook (Dustin Hoffman) and Peter Pan (Robin Williams). You couldn’t ask for a better cast!

Which Bob Hoskins film was your favorite? Let us know in the comments.

Comments Off on Legendary Actor Bob Hoskins Would Be 80 Today