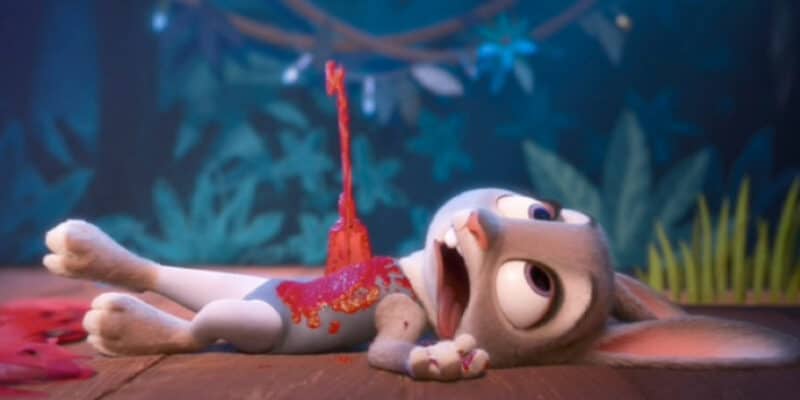 When fans think of their favorite Disney classics, even the smallest amount of bloodshed is something of a scandal. Despite its family-friendly visage, the studio actually has a slightly scarlet history in its animation department.

Gore and Disney aren’t really two elements that should ever go together, but that doesn’t mean that the studio hasn’t ventured into some violent territory with a splash of spectacle in its dramatic sequences. However, it’s such a rarity for Disney to show even the smallest amounts of blood that it never fails to raise an eyebrow when it happens. Even if it’s just a smear or so much as a drop, Disney hasn’t shied away from utilizing it for the right dramatic effect.

If we’re looking chronologically, one of the first cases of animated blood in a Disney project was The Winged Scourge, a PSA film concerning mosquitos and the spreading of malaria. For a more dramatic example, fans only have to go back as far as Sleeping Beauty to get their first cinematic example. As Prince Philip is locked in battle with the draconic form of Maleficent, Flora enchants his sword to fly straight into the dragon’s heart, causing Maleficent to reel back and display a bleeding piercing wound before she falls to her demise. An appropriate feature for a medieval fairytale, but that’s not Disney’s only case of cinematic splatters in their filmography.

There have been a few instances of bloodshed in more contemporary films, such as Simba’s clawed grapple with Scar atop Pride Rock where small streaks of blood can be seen as the two scratch one another in slow-motion, or when Mulan’s war wound is revealed after the battle of the mountain pass. However the most notorious example of Disney’s use of gore can be found in the company’s black sheep, The Black Cauldron, but there’s more to the story than you might think. In fact,  the gore that remained unseen was so shocking that it nearly killed the company’s animation studio.

While the Horned King is gathering corpses for his Cauldron Born Army, viewers are treated to a full display of his collection of cadavers and skeletons, many of which still have bits of rotting flesh and entrails clinging to their decrepit forms. These bodies would be cast into the titular Black Cauldron to become reanimated zombies that would chase off the Horned King’s living warriors in the film that made it to theaters, but the original scene had them attacking those that got too close, biting them and turning them into undead minions. Deleted scenes depicted graphic, gory, and grotesque sequences as flesh and blood boil and melt of the bones of an unfortunate barbarian. Supposedly, these sequences would have gotten the project slapped with an R rating. Obviously, this wouldn’t have boded well for the company, and the notorious Jeffery Katzenberg supposedly cut upwards of 12 full minutes from the film himself, resulting in the mishmashed movie viewers know today.

Related: Fans Angry These 11 Disney Movies Don’t Have Their Own Disney World Ride

Blood is a part of life. Everyone has it, so there really shouldn’t be such a scandal when its used the correct way.

Disney’s not going to go full Evil Dead in any of their animated features, but it’s interesting to know that they can handle it in a mature and appropriate manner when the script or situation calls for it. Just because the company’s beloved films feature cutesy animals or pretty princesses doesn’t mean they don’t know how to see red on occasion.

Have you seen blood in a Disney cartoon? Tell us in the comments below!

Comments Off on When Disney Movies Get Gory