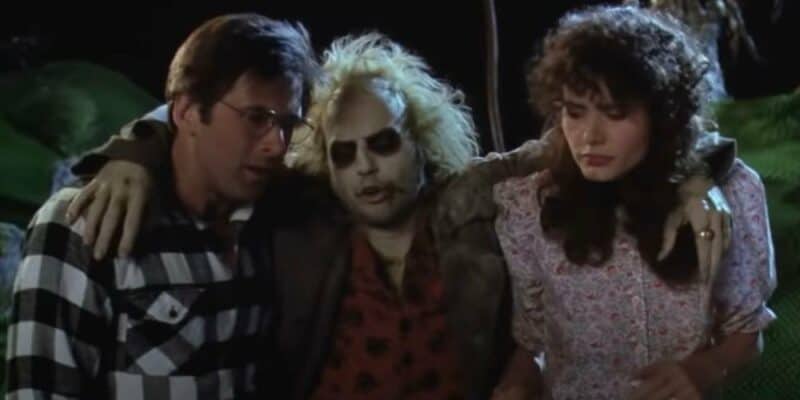 Beetlejuice director, Tim Burton, has finally opened up about the possibility of a future for a Beetlejuice sequel.

Burton answered some questions regarding the movie during a press conference at the Lumiere Festival in Lyon.

He was there being awarded the prestigious Prix Lumiere.

When asked about his involvement in the rumored Beetlejuice 2 movie, Burton replied: “I only know if I’m making a film when I’m actually on the set shooting. I try to go back to the root of everything. It springs from a seed and then it grows. I am working on ideas. We’ll see how it goes. How’s that for a none answer?”

Earlier in February of this year, Brad Pitt’s company, Plan B, revealed that they had plans to develop a sequel to the 1998 Tim Burton classic. However, no update has been made since.

The original horror-comedy was both critically acclaimed, a commercial hit, and screamingly good fun. With a budget of $15 million, it went on to gross $74.2 million.

Beetlejuice tells the story of a young, ghost couple who are trying to get rid of the new occupants of their home. They hire a deranged demon to scare away the new owners.

The movie became so popular that it inspired a stage musical, several video games, an animated television series, and a burlesque show in Florida.

As of right now, Burton mentioned that he did not have any other film projects going on besides completing his work on the new Netflix film Wednesday.

Would you watch Beetlejuice 2? Let us know in the comments.