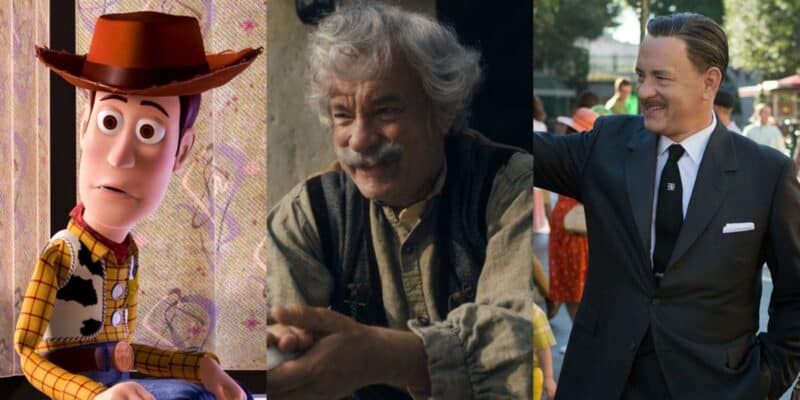 Tom Hanks is, by far, one of the best actors out there.

Everybody has a favorite Tom Hanks movie. Even Tom Hanks. Well, actually, he has a top three!

Hanks sat down with Bill Simmons on “The Bill Simmons Podcast” and discussed what his favorite films were. I’ll bet you’ll be in for a “Big” surprise.

Related: Actor Tom Hanks Says He’s Only Made 4 Good Films in His Career

Why A League of Their Own? Hanks said it was because he got to play baseball all summer.

“I shagged flies. I ate turkey dogs. I took infield with (co-star) Robin Knight and a ton of other people. I played baseball all summer long in Evansville, Indiana, and in Wrigley Field. There was a day of doing that.”

He also said it was extra memorable because his family got to join him. They still talk about it to this day.

His number two choice was Cast Away and Wilson was only part of the reason.

“We just had bold adventures when we were making that movie,” he said. “We were out in the middle of the ocean trying to grab shots. And we were off in Fiji on two different occasions. There was nothing but adventures every single day.”

Once again, he had the ability to bring his entire family with him.

His final selection is Cloud Atlas.

Making a movie in Germany is something that has stayed with him his whole life.

“That was the first time I’d ever shot extensively in Germany, and I was surrounded by history,” he added. “But the work itself was we were part of this big, massive ensemble of fantastic people who were just trying to do the hardest, best work on this deep throw.”

Of course, his family was there with him once again.

What are your favorite Tom Hanks movies? Let us know in the comments!