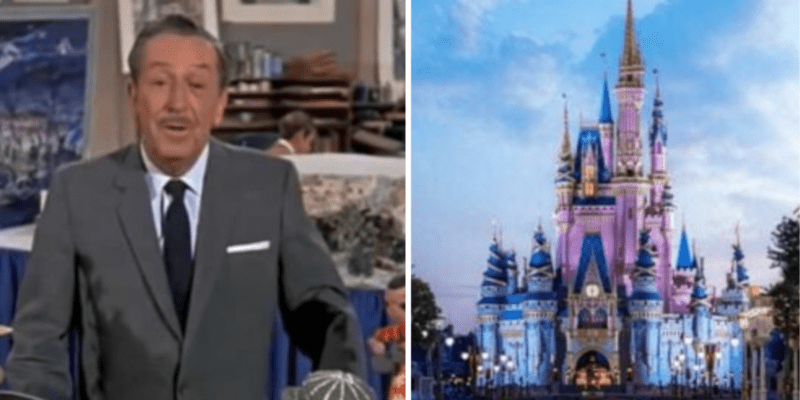 Walt Disney World Resort is known as “the most magical place on earth,” and Magic Kingdom has become a staple part of the Resort.

When visiting the Disney Park, Guests are drawn to the iconic attractions like Haunted Mansion, Pirates of the Caribbean, Jungle Cruise, Space Mountain, Splash Mountain (which is about to be rethemed to Princess and the Frog), Big Thunder Mountain Railroad, and many other rides.

The Park has continued to grow and expand over the years with additions like Seven Dwarfs Mine Train and the highly-anticipated TRON Lightcycle/Run, which is now testing.

However, a major change was just introduced that has many fans split. Yesterday, we reported that Disney World had revealed some boozy new concoctions to debut at Magic Kingdom and this has set up a spirited conversation from many who believe adding more alcohol isn’t the way to go versus those who are excited about the new offerings.

Many Disney fans have shared that Walt Disney himself “would not have wanted it this way.”

“No liquor, no beer, nothing. Because that brings in a rowdy element. That brings people that we don’t want and I feel they don’t need it,” Disney said in a famous Saturday Evening Post interview.

“I honestly think that this will be a huge disaster and mistake Disney has dug themselves a deep hole already and I’m sure they don’t want it further,” one user wrote. “Apparently they don’t care about how many more problems between guests and workers could arise from this but hey they already dug themselves low might as well just let them go further and just really continues to show me that they are more about the green anymore and don’t care about families don’t care about their workers or what they use to stand for. Way to go guys Walt would be proud of you, hope you realize this is sarcasm you really destroyed the industry for me so thank you I deeply appreciate it and don’t expect any support from me for it or if any it is only to go towards franchises in which you think you should profit from which I think should be shut off too.”

Another user pointed out that they felt the behavior in Disney “was already bad enough” without the introduction of more alcohol.

“Are you sure you want to do this? With all the problems with the guests lately why would you want to give them more reasons to act badly? Beer and wine are enough to get them to act crazy but adding liquor just sends them off, It all comes down to money, right?”

Others have pointed out that Disney has still kept Magic Kingdom relatively dry, only allowing alcohol to be bought at table-service restaurants. This is a major discrepancy from EPCOT’s alcohol policy, for example.

No matter what side of the fence you fall on, all of these new drinks will make their debut on September 13, 2022.

The new cocktails can be seen below:

Each item’s availability may be limited or subject to change. For more information on the cocktails and the location to find them inside the Disney Park, please click here.

What do you think of Disney adding hard liquor to Magic Kingdom? Let us know in the comments!