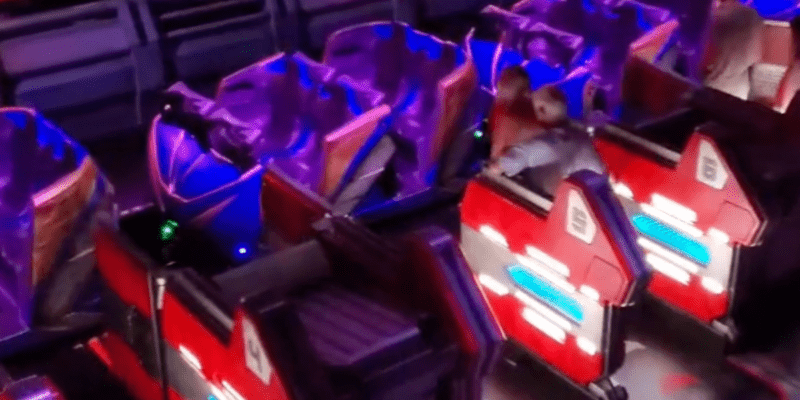 Everyone has their own personal favorite Disney World ride.

No matter where your favorite Disney World ride resides– whether it be Magic Kingdom, EPCOT, Disney’s Animal Kingdom, or Disney’s Hollywood Studios– we can all agree that the all-new Guardians of the Galaxy: Cosmic Rewind has been a major bucket list item for Disney Park Guests as of late.

The attraction has yet to open to a traditional line queue, but it seems that its virtual standard– and extremely low crowds– has caused the line to completely go empty.

Twitter user @DrewDisneyDude shared a video of the line queue for the attraction, which was completely empty.

Low crowds at Walt Disney World result in an empty queue for Guardians of the Galaxy: Cosmic Rewind

Low crowds at Walt Disney World result in an empty queue for Guardians of the Galaxy: Cosmic Rewind 🤯 pic.twitter.com/nZiJ9UTlrz

As you can see in the video, as well, there are trains being loaded with little-to-no passengers aboard.

Guardians of the Galaxy: Cosmic Rewind is described as a “family-thrill attraction features the first ever reverse-launch on a Disney coaster and is one of the largest fully-enclosed coasters in the world! A new innovation from Walt Disney Imagineering—this coaster rotates 360 degrees so you can focus on the action!”

You begin your adventure by touring the Galaxarium—a planetarium-like exhibition showcasing the similarities and differences between Xandar and Earth’s galaxies. You’ll even get to discover some of the incredible wonders of Xandar and learn about their technology.

Is Cosmic Rewind your favorite Disney World ride? Let us know in the comments!