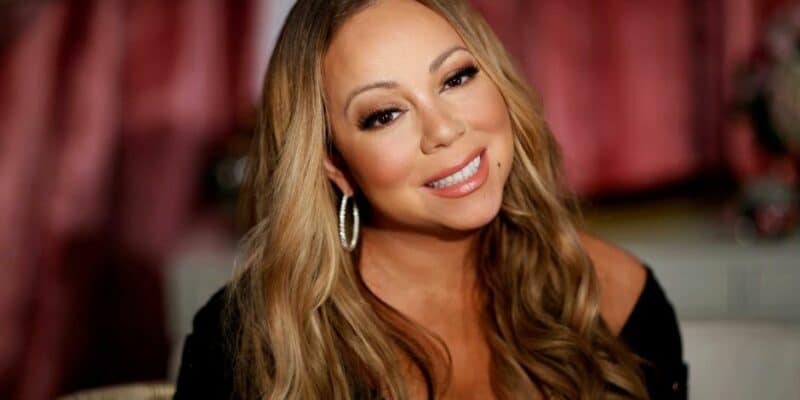 Mariah Carey is known for her recognizable and beloved voice which made her one of the most popular singers of the 1990s and into the early 2000s.

Some of her most popular tunes come during the Holiday season, including the beloved mega-hit “All I Want For Christmas Is You.” The song, which is played millions of times each season, has given Carey quite the fortune. While the exact amount hasn’t been disclosed, Mariah Carey allegedly makes between $600,000 and $1 million every Christmas season, resulting in allegedly more than $20 million for the singer since the song was originally released.

She has also released many other chart-topping hits like “When You Believe,” “Hero,” and “Always Be My Baby.”

The singer was recently spotted at the popular theme park Cedar Point. She shared a photo on her Instagram of her with the twins, but shared one major regret from the outing: Wearing heels.

In addition to her singing career, the ex-wife of Nick Cannon and Tommy Mottola has also made appearances in many popular films including Glitter (2001), The Lego Batman Movie (2011), and The Bachelor (1999). She contributed the song “Almost Home” in the Disney fantasy film Oz the Great and Powerful (2013) and made an appearance on the Disney Channel Original Animated Series The Proud Family. She also wrote a book titled The Christmas Princess, which is expected to be released in November 2022.

Cedar Point is a must-do destination for every thrill-seeker visiting Ohio. With 70 amazing rides, from the family-friendly Snake River Expedition to the adrenaline-pumping roller coasters like Steel Vengeance and Millennium Force, live shows, immersive dining, and signature summer events, Cedar Point has a little bit of something for every Guest.

What do you think of this hilarious theme park incident? Let us know in the comments!