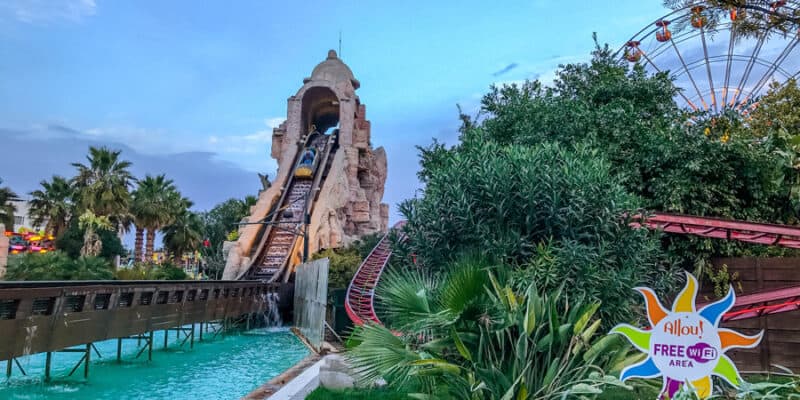 An accident at a famous theme park left two Guests in critical condition.

According to reports coming out, the incident occurred at the Allou! Fun Park in Athens, Greece, on Tuesday, September 6. A water ride called La Isla derailed. Guests on the attraction were hurled off the ride and into bushes.

“Two of the victims were seriously injured – with a woman, 21, undergoing critical care for a chest injury and a man, 24, having surgery for a ruptured spleen.” A 22-year-old suffered a concussion and was admitted to a hospital, while the fourth victim received treatment at the General State Hospital of Nicaea with various minor injuries.

Allou! Fun Park bills itself as “the largest amusement park in Athens, Greece,” and is famous in the local community.

The fourth victim claimed that officials at the park blamed the actual drivers for the incident. However, law enforcement immediately launched an investigation into the accident and arrested the amusement park’s shift manager, along with his legal representative. Despite this rather terrifying situation, it has been said that La Isla is one of the safest rides in the entire theme park. The ride carries up to four people in one carriage, reaching around 50ft before dropping into the water (think Disney’s Splash Mountain). A possible reason for the incident is being theorized, with many blaming it on the water level of the attraction.

This comes just days after an absolutely terrifying accident at a park in India. A high-rise spinning carnival attraction broke mid-ride and came crashing down at the Dussehra ground in Phase-8 in Punjab‘s Mohali on Sunday. The video shows the ride spinning normally at the very top of the tower, and then all of a sudden, the ride starts falling down a full 50 feet until the attraction smacks the ground, after which screams can be heard.