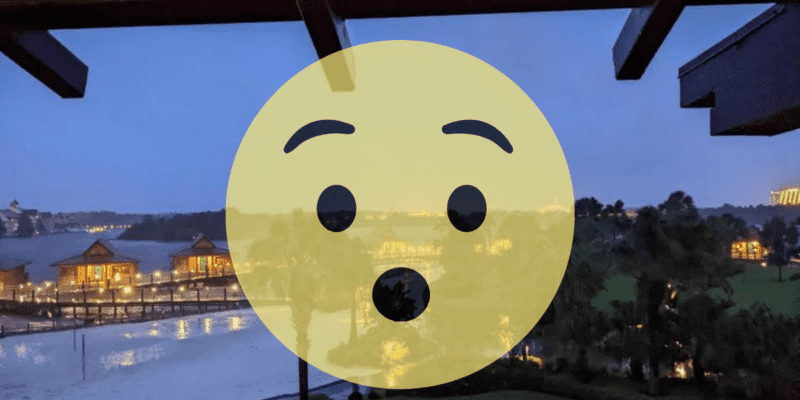 Many Guests who are currently waiting out Hurricane Ian at Walt Disney World Resort are in the midst of a once-in-a-lifetime experience.

Ian has since been downgraded to a Tropical Storm, but it is clear that its effects have been felt, and will continue to be felt over the coming days, and even weeks and months in some areas.

Walt Disney World Resort made the decision to shut down the Disney Parks for both Wednesday and Thursday in anticipation of the storm. The only reported damage at Disney World thus far– which was minor– has been at Disney’s Contemporary Resort.

A Guest riding out the storm at Disney’s Polynesian Resort recently shared a photo of a ghostly sight, as the lights at Cinderella Castle in Magic Kingdom were turned off, making it go completely dark in the midst of the hurricane.

It is a pretty ghostly sight to see lights at the Disney Resorts and even at Space Mountain just as normal, but then to look over see Cinderella Castle ominously dark in the distance. It’s certainly something that most Guests will never have the opportunity to witness.

Inside the Magic will continue to keep you updated on Disney Park & Resort damage, Disney’s reopening decisions, and the effects of Hurricane Ian across the state.