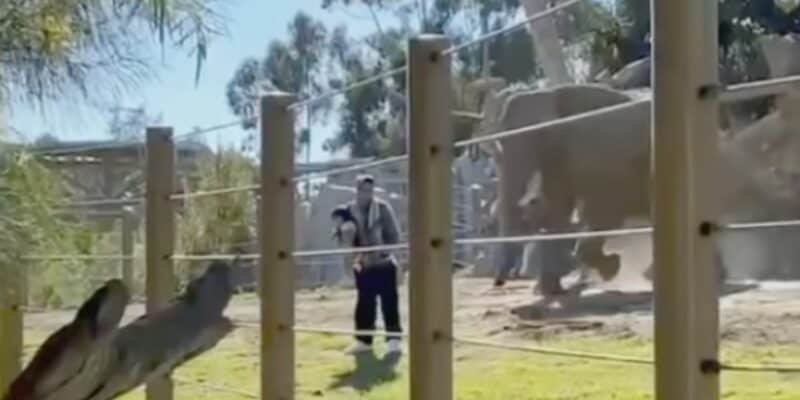 A man was sentenced to prison following an incident at a major zoo in 2021.

The San Diego Zoo is one of the most popular and well-known zoos in the world. The zoo houses over 3,700 animals which include more than 650 species. The San Diego Zoo was also a pioneer in the concept of open-air, cage-less exhibits that re-create natural animal habitats.

Interestingly, it is one of the few zoos in the world that houses and successfully breeds the giant panda.

The zoo also has the honor of being one of the oldest zoological parks in the entire world and sees approximately 3.2 million Guests each year.

However, the zoo went viral last year for a very unfortunate reason.

In 2021, a viral video circulated online of a father crawling into an elephant exhibit with what was presumed to be their child. Guests watched in terror as the Guest attempted to pose for a picture before a giant elephant scared them off. While attempting to make their way back between the barriers, the Guest dropped their child, who appeared only to be a few years old.

The shocking video could be seen on all forms of social media, including in a TikTok from NBC, which is linked below:

A father was sentenced to nine months in prison Thursday for bringing his toddler inside an #elephantenclosure at the #SanDiegoZoo last year. #news

A father was sentenced to nine months in prison Thursday for bringing his toddler inside an #elephant enclosure at the #SanDiegoZoo last year. #news

Jose Navarrete, the father, was sentenced to nine months in prison and four years of probation Thursday, close to a year and a half after the incident.

Navarrete is facing charges of Trespassing and Child Endangerment. An eyewitness described the terrifying situation.

“A lot of people froze and didn’t know really how to take it in, then immediately everyone was pleading with him, and then it became frantic and hysterical,” Matthew Passiglia told NBC 7.