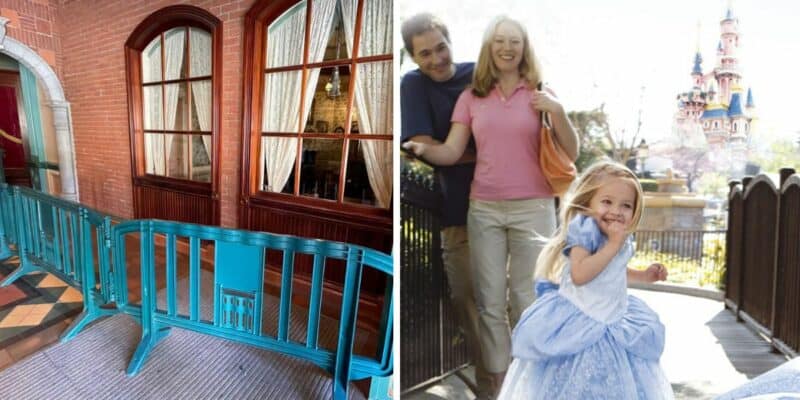 Disneyland Paris is, to many, is the most beautiful Disney Park the company has ever designed, constructed and operated.

With its own version of beloved attractions like Phantom Manor, Big Thunder Mountain, and Hyperspace Mountain, tons of characters meeting Guests of all ages, world-class entertainment offerings, and so much more, it’s not hard to see why the Parisian Park is a fan favorite.

The Resort recently opened up its own version of Avengers Campus, which has proven very popular. Earth’s mightiest heroes gathered at Disneyland Paris this summer for the opening of the new Avengers Campus, located in Walt Disney Studios Park. While exploring this highly immersive expansion, Guests can join forces with their favorite superheroes from the Marvel Cinematic Universe and live their own heroic adventures.

Speaking of Marvel heroes, Disneyland Paris may actually need Avenger to help it out following an issue at the Resort.

A portion of a wall collapsed recently at the Disneyland Paris Resort. We are unsure what caused the incident to occur, but Disney was quick to wall off that area as it reconstructed the wall.

This was shown in several posts on Twitter, one of them is linked down below, thanks to Disneyland Paris bons plans (@Disneylandpbp):

After the collapse of part of the wall within the Discovery Arcade, barriers have been placed to ensure the safety of Visitors! (Translated)

You can see a closer look at the storefront in a tweet from DLP Rescue Rangers (@DLPRescueRanger):

The entrance to Discovery Arcade on the Victoria’s side is currently closed following the fall of facing wall briquettes. (Translated)

Hopefully, Disney can quickly fix what needs to be fixed, and the store can resume normal operations.