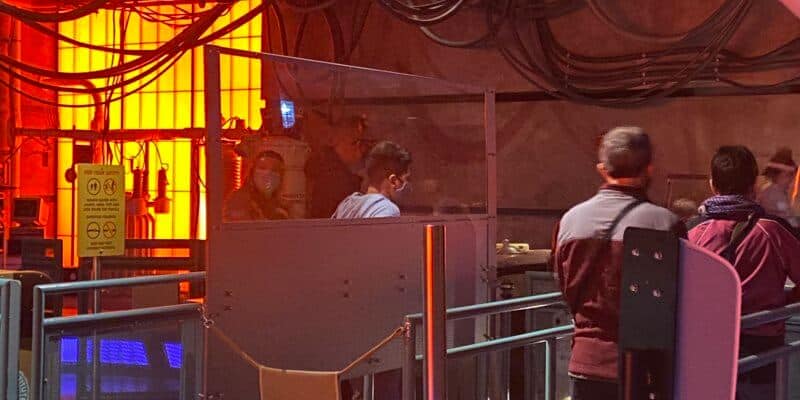 However, there is not scarier or a more-intense experience than DINOSAUR at Disney’s Animal Kingdom.

DINOSAUR opened alongside the Animal Kingdom Park in April of 1998, although it had a different name and offered a slightly different experience. DINOSAUR is an extremely dark ride that showcases dinosaurs of all different sizes and species. When DINOSAUR opened, it was actually called “Countdown to Extinction,” but this name was changed just a few years later in 2000 to help promote the animated Disney film Dinosaur (2000). Although the track layout, ride vehicle, and story are all almost entirely the same, the ride was a bit different before becoming the DINOSAUR we know and love (or love to hate!).

In the past few months, we have seen Disney make changes and updates to this ride, and recently, Disney has been doing some peculiar things to the ride vehicles themselves.

These changes were shown in a tweet shared by ParkTerror (@ParkTwitser) and is linked below:

Disney is also working on the attraction’s exterior as you can see:

As you can see, security cameras or some other type of monitoring system was put in place one each ride vehicle toward the back. We aren’t sure exactly what purpose these serve, but for now, the ride vehicles will be looking a little different.

DINOSAUR is not for the faint of heart, however, as even Disney gives Guests a warning about how frightening the attraction can be. Disney states that the ride includes loud sounds in the dark and menacing dinosaurs that may scare some children.