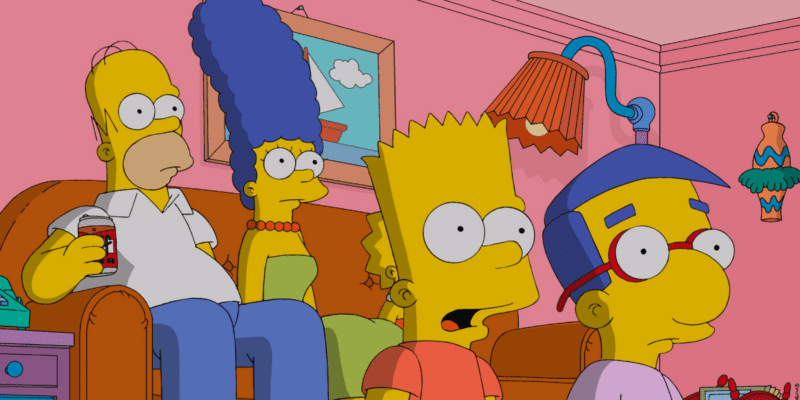 The Simpsons has been a fan-favorite animated television show for more than 30 years.

Debuting in 1989, The Simpsons quickly became one of the most popular adult animated telvision shows and has since had 33 successful seasons with Season 34 set to debut later this month.

Season 34 is sneaking up on us September 25.

Season 34 is sneaking up on us September 25. pic.twitter.com/zOrG7QefyI

However, since Disney’s acquisition of 2oth Century Fox, there has always been a question surrounding the future of the cartoon. Many fans have wondered how long a show like The Simpsons, which in many ways has operated in the direct opposite way compared The Walt Disney Company, might fit in the Disney catalogue.

Disney+ announced this week that an all-new short featuring The Simpsons would be coming to the streaming platform on September 8. The poster features Lisa Simpson and Ursula from The Little Mermaid (1989) on its cover.

*Cue evil cackle* Get ready for a wild ride with @TheSimpsons: Welcome to the Club. The all-new short, a #DisneyPlusDay premiere, is streaming September 8 only on #DisneyPlus!

*Cue evil cackle* Get ready for a wild ride with @TheSimpsons: Welcome to the Club.

The all-new short, a #DisneyPlusDay premiere, is streaming September 8 only on #DisneyPlus! pic.twitter.com/7Cjczc2G93

Welcome to the Club is the latest Simpsons crossover short, following Star Wars-inspiredThe Force Awakens from Its Nap, Marvel tie-in The Good, The Bart, and the Loki, Disney-themed Plusaversary and celebrity-driven When Billie Met Lisa, which featured Billie Eilish.

While many fans have pointed to the increase of shorts being released by Disney indicating that the show may be winding down, The Simpsons showrunner has different ideas in mind.

“Maybe I’ll leave this veil of mortal woes before the series ends,” Showrunner Al Jean said. “I mean, at this point, it’s been 33 years. So I used to say, ‘Oh, maybe we’ll end at Season 25 or 30.’ Obviously, those have been blown by. So I just go ‘Simpsons forever.”

Either way, it does seem that Disney is sending a message that The Simpsons won’t be going into oblivion anytime soon.

The show can be streamed on Disney+ and new episodes for Season 34 will be released beginning on September 25 on FOX.

What do you think of The Simpsons on Disney+? Let us know in the comments!