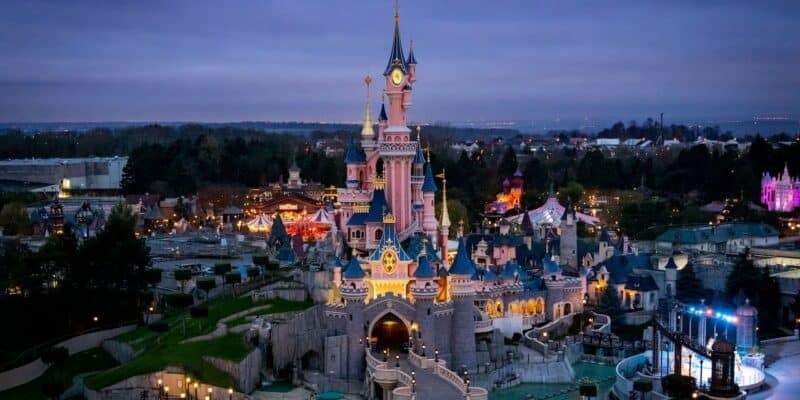 Accessing Disney Park maps by a paper brochure is becoming a thing of the past.

If you’ve grown up around the Disney Parks, you’ve likely used a brochure at times that showed a map with lists of attractions, offerings, and entertainment calendars.

However, one Disney Park is reportedly removing these completely.

Twitter account @Cave0fWonders recently shared that the paper maps in Disneyland Paris have now been replaced with a QR code scanner instead.

The paper plan of the Parks is no longer distributed, now City Hall offers you to scan this QR Code

The sign with QR code reads, “To make the most of your time, we invite you to download the official Disneyland Paris free mobile app. You will be able to explore to the two Disney Parks, see wait times for attractions, and much more.”

Disneyland Paris is currently in the midst of its 30th anniversary celebration. The celebration includes exclusive merchandise, food offerings, and entertainment.

One new addition to Disneyland Park, is the jaw-dropping drone show, Disney D-light, at Sleeping Beauty Castle,  is currently happening, as well. As night falls, you can be prepared to be amazed by the brand-new magical show with spectacular drone light choreography that illuminates the sky over Sleeping Beauty Castle, as if by magic!

At this time, the switch to completely mobile has not been made at Walt Disney World Resort and Disneyland Resort, but many believe it might not be long before the QR code scanner becomes the new normal at the Disney Parks.

What do you think of the switch to completely electronic Disney Park maps? Let us know in the comments!