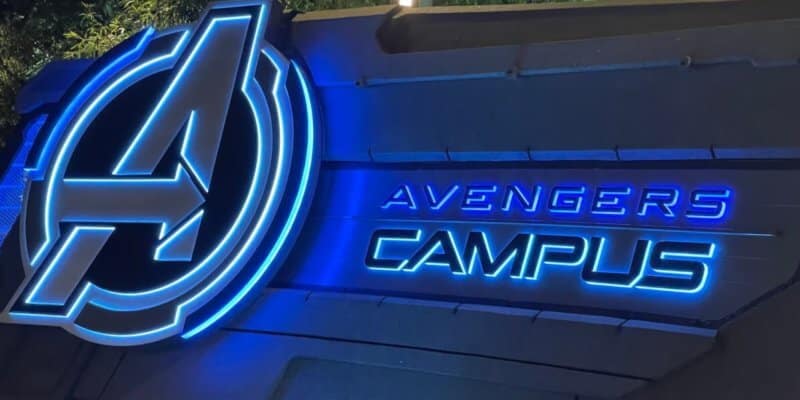 Could Avengers Campus be making its way to Walt Disney World Resort after all?

Disney made a major announcement today at the D23 Expo that the Avengers Campus in Disney California Adventure at Disneyland Resort would be getting its third attraction. The campus is already home to two world-class attractions in WEB SLINGERS: A Spider-Man Adventure and Guardians of the Galaxy: MISSION BREAKOUT, but a third ride featuring the multi-verse will be added to the land soon.

While Disney Park fans were extremely excited for the major announcement, many Disney World fans were left wondering what could happen in the future at Walt Disney World Resort.

Could Avengers Campus be coming to Disney World in the future?

A report from The Street recently shared that Disney may finally have the leverage it needs to potentially add an Avengers Campus in the future.

While Universal Orlando Resort’s contract with Marvel has been locked up with no end date in sight, another contract is set to come up soon: The Simpsons.

Universal’s contractual rights for The Simpsons are reportedly set to end in just six years.

“The original Universal Studios theme park in Florida and its counterpart in California both have a “land” based on Springfield, home to television’s longest-running comedy, “The Simpsons.” That deal was made before Disney acquired the popular show, and unlike the Marvel deal, it appears to have an expiration date.

“Rumors indicate the duration is a 20-year licensing agreement, putting the end year at 2028. However, unlike the Marvel contract, there is no “in perpetuity” clause or region-based restrictions.”

The 20-year deal matches other news reports about when the rights expire, but neither Disney nor Universal has commented on the arrangement. And while 2028 is more than five years away, there are some anecdotal signs that Universal may be prepared to move on from “The Simpsons.”

If this is true, Disney would have the power to ban Universal from using The Simpsons in its theme parks– which includes Universal Studios Florida and Universal Studios Hollywood– which could open the door for discussions and negotiations to take place.

Would Universal Orlando consider amending its contract with Marvel for the chance to keep The Simpsons and, perhaps, work out a deal with Disney where it could also keep its Marvel Super Hero Land at Islands of Adventure?

All of this is still up in the air currently, but Disney fans holding out hope for an Avengers Campus to some day find its way to Walt Disney World Resort shouldn’t give up just quite yet. It will be interesting to see what discussions take place and how negotiations work out over the course of the next several years.

What do you think of these upcoming negotiations? Let us know in the comments!