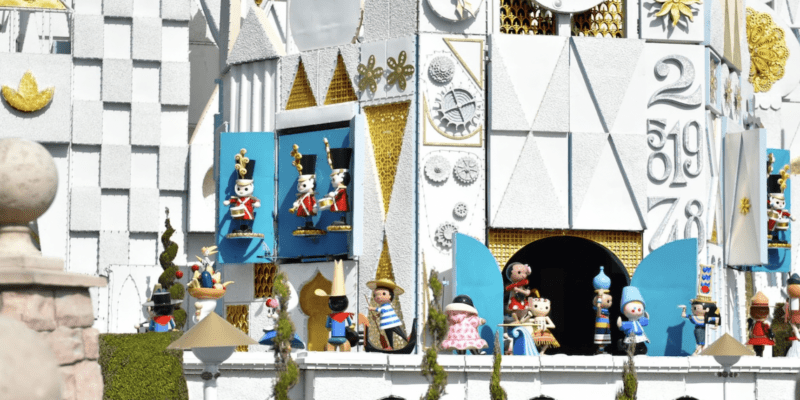 There has been quite the trend lately of Disney Park Guests sticking their hands in water on popular Disney attractions.

It seemed the trend all started from a video a couple of months ago when a Guest shared that they “needed to cool the dogs off” and they placed their foot in Splash Mountain. After that, several other videos began to emerge of Guests sticking their feet and hands in popular attractions with water, such as Pirates of the Caribbean and “it’s a small world”.

Though many Disney fans have warned of the dangers of doing this and there are posted signs in each Disney attraction at both Disneyland Resort and Walt Disney World Resort telling Guests to keep their feet, arms, legs, and hands inside the boat at all times, it seems the trend has continued.

Another video recently emerged of a young Guest playing in the water on “it’s a small world”.

Always watch out for your children! I did try telling him to get his hand in the boat before this. Wouldn’t listen. Thankfully his parent realized the CM was talking to him and made him pull his hand in! #disneyland #smallworld#disneycmsarethebest

Always watch out for your children! I did try telling him to get his hand in the boat before this. Wouldn’t listen. Thankfully his parent realized the CM was talking to him and made him pull his hand in! #disneyland #smallworld #disneycmsarethebest

This, of course, was not part of the TikTok trend as this was just a young Guest who was playing in the water, as many Disney adults likely wanted to do when they were children, as well. He probably didn’t even recognize that the person asking him to put his hand back in the boat was talking to him, but it certainly could’ve turned into a dangerous situation rather quickly.

It should be noted for those who are attempting to take part in the TikTok trend that Disney does have security cameras that watch rides through their entirety and Guest behavior is constantly being monitored.

What do you think of Guests sticking their hands in water at Disney attractions like “it’s a small world”?