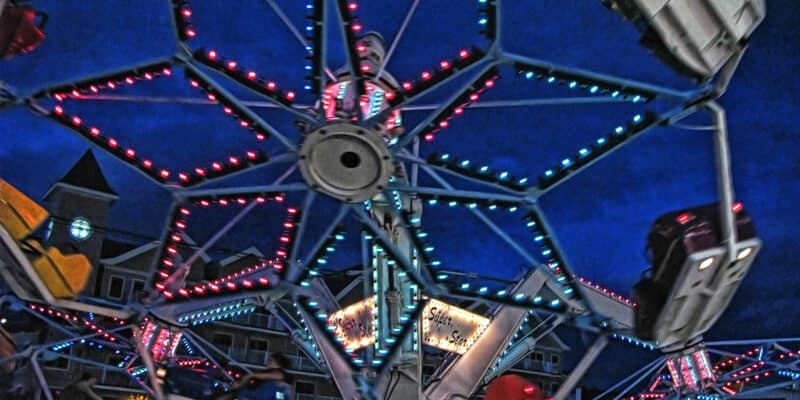 A child fell from a ride after an attendant didn’t check the safety bar, a report indicates.

No matter what theme park you visit, whether it be a Disney Park in Walt Disney World Resort or Disneyland Resort, or if it is another around the country including Universal Orlando Resort, Six Flags, Universal Studios Hollywood, Busch Gardens, Cedar Point, SeaWorld, or any other, the biggest desire for every Guest is to remain safe.

While visiting Palace Playland in Old Orchard Beach, Maine this past July, a 10-year-old boy boarded the Super Star Ride. During the ride, he fell from the attraction, and was subsequently hit by multiple moving carts before the ride could come to a stop.

The child was taken to the hospital with non-life-threatening injuries.

Now, a report has come forward indicating that the likely cause of the fall was due to an attendant not checking the safety bar. Investigator Andrew Whitney said he spoke with the boy after the incident, and the child told him the ride operator did not check his safety bar before the ride began. Because of that, the boy said he tried to get off the ride as it was starting because he felt the ride was unsafe. According to Whitney, two witnesses saw the boy jump from his car.

“This leads me to believe that the ride operator did not ensure that all passengers on the ride were properly secured onto the ride prior to the start of the ride,” investigator Mark Veilleux said in the report released by the state fire marshal’s office.

This isn’t the first incident to occur at an amusement park recently that resulted in injuries for a young visitor, two of which ended in tragedy.

Several months ago, 14-year-old Tyre Sampson tragically fell from the Orlando FreeFall at ICON Park. The teen was above the ride manual’s weight limit but was still allowed to ride. Since that point, Sampson’s family has filed a lawsuit claiming negligence and thousands of people have joined together to protest the ride, saying that the attraction should be demolished and never reopened.

Just last week, a 14-year-old girl horrifically fell from a roller coaster in Denmark and a 13-year-old boy was injured in the incident.

Inside the Magic will continue to update you as the investigation unfolds.