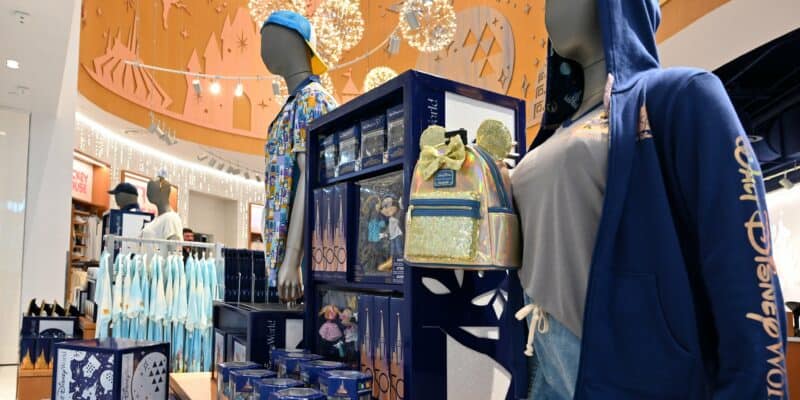 Orlando International Airport is a crucial part of the travel industry, so it makes sense it would get the “Disney treatment.” Thousands of people use this airport daily as it connects to arguably the most popular theme park in the world, but earlier today, the airport faced an unexpected issue.

The airport sees thousands of travelers daily, with a big portion of those Guests heading to “The Most Magical Place on Earth,” Walt Disney World.

One of the biggest stories coming from the major airport was that it would soon be getting its own Disney store. Well, today’s the day. The new store is officially open!

You can see the grand opening thanks to the official Orlando International Airport Twitter account (@MCO) below:

This morning, @WaltDisneyWorld held an official ribbon-cutting ceremony for their brand new store at our Terminal C located in the Palm Court area! Cast Members were smiling from ear to ear to welcome travelers into the magic! ✨ pic.twitter.com/qp2Nh7y07F

The store can be found at Terminal C near the Palm Court area. The thread continues with more photos and details:

Visit the @WaltDisneyWorld store for an ear-resistible selection of souvenirs beyond your wildest imagination! From apparel to pins to toys, they have everything you need to take the pixie dust with you on-the-go!

Visit the @WaltDisneyWorld store for an ear-resistible selection of souvenirs beyond your wildest imagination! From apparel to pins to toys, they have everything you need to take the pixie dust with you on-the-go! 🛍️ pic.twitter.com/pnwaUnv9iC

Orlando International Airport (MCO) has seen an incredibly high amount of travelers recently, mostly due to the booming popularity of Central Florida’s theme parks — including Disney World, Universal Orlando Resort, and SeaWorld — and the region’s proximity to beaches like Cocoa Beach and Port Canaveral’s cruise ships.

Have you visited this airport during your travels?