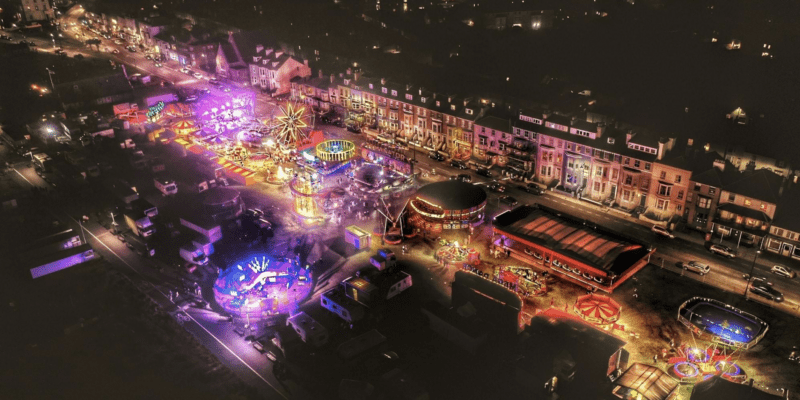 A teenager tragically died after an accident occurred prior to an amusement park’s opening.

According to reports from The Sun, a group of six teenagers broke into an amusement park the night before it was set to open earlier this month.

A 14-year-old boy reportedly attempted to climb the attraction “Body Count” at a Forrest Amusement Park. Even after the teen’s friends reportedly begged for him to come down, he continued to climb. The teen lost his footing and plunged to his death.

According to reports from Metro, the boy became trapped between ride equipment, but the exact circumstances of the tragedy have not been announced. Though responders attempted to provide care, the boy was pronounced dead at the scene.

A Kent Police spokesman said: “No suspicious circumstances have been reported, and the Health and Safety Executive have been informed.”

“We are deeply shocked and saddened to hear about the tragic incident which occurred this morning (Wednesday 3rd August) at one of our funfair events in Pencester Gardens, Dover. Kent police have confirmed that the death is not being treated as suspicious and a report will be prepared for the coroner. The Health and safety Executive has attended the scene along with the emergency services.”

Forrest Amusements was established in 1889 and is based in Dartford and Herne Bay Kent. The company is the largest suppliers of funfair attractions in Kent. The company covers the South east area travelling our fun fairs at many of Kent’s carnivals and Regattas and local events through out the summer season. Forrest Amusements are members on the Showmen’s Guild of Great Britain.

This isn’t the first tragic amusement park death to occur this year. In just the last few months, 14-year-old Tyre Sampson died after falling off the attraction Orlando FreeFall at ICON Park. Sampson’s family has since filed a lawsuit claiming negligence and many protestors have called for the ride to be demolished. Florida legislators are looking to crack down on amusement parks moving forward by providing more rules and guidelines for training and inspections.

In addition, a 14-year-old girl died after roller coaster derailed in Germany just a few weeks ago.

Inside the Magic will continue to update this tragic investigation.