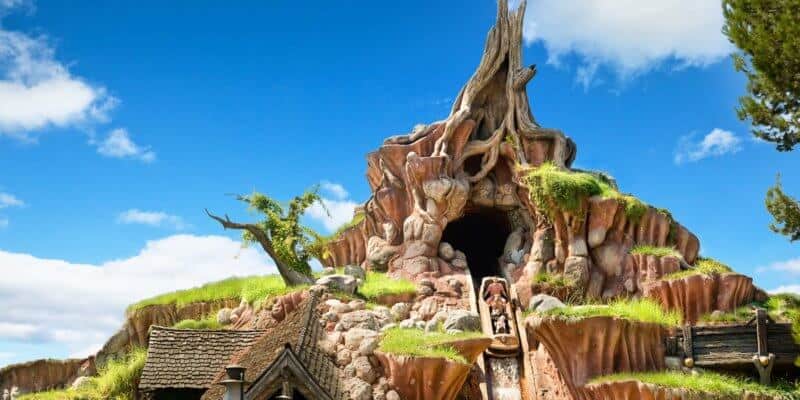 When Guests ride attractions at Walt Disney World, some of the best things to come out of the experience is the on-ride photo. If you have access to PhotoPass, you will be able to see that not only do you get to keep the photos that Cast Members take of you throughout the day but also all of the photos that are taken while you are on the attractions.

There are so many Disney rides that have photos, like Haunted Mansion, Space Mountain, Pirates of the Caribbean, Tower of Terror, Rock ‘n’ Roller Coaster Starring Aerosmith, Frozen Ever After, and so many more. Something we have often seen in the past is the creativity that some Guests bring to these photos!

If you know where the photo will be taken on a particular Disney ride, you can prepare and pose for it! Although a pose is fun to do, some Guests take the photo moment to the next level. Disney Fun Facts! (@disney.funfacts) took to TikTok to post a variety of fun Splash Mountain photos that will blow any Disney fan away! Click here to watch the video.

In the video, we can see that the photos are a compilation of both Disneyland and Disney World’s Splash Mountain. The photos include a family taking a shower and getting ready in the morning with toothbrushes, razors, shaving cream, and shower caps; one family is attempting to read the park map, and another Guest turned into Perry the Platypus, plus more. We have even seen Guests propose with the photo, as the Guests in the back seats will hold up a sign, and once the couple exits the attraction and looks at the photo, the proposal is revealed!

Please remember that if you ever choose to do this, you cannot hold up any inappropriate signage and should be careful with the articles you choose to use, as Disney is not responsible if they are lost to the Laughing Place.

Previously, Disney Parks officially announced that the Disneyland Park and Magic Kingdom Park attraction Splash Mountain, which is based on the Song of the South IP, would be rethemed as part of Disney’s efforts to bring more diverse representation to the theme parks and remove offensive themes. The announcement came over a year ago and was met with various responses from Disney fans. Some were very excited and happy to see that The Princess and the Frog (2009), not only an excellent film but a film that stars a Black princess, would replace the attraction. While others who found Splash Mountain as classic and iconic went as far as to petition to have the ride remain as-is.

But, as we mentioned, there have been very few updates regarding the ride for quite some time, and some Guests were left wondering if anything was actually going to happen anytime soon.

What fun photos have you ever taken at the Disney Parks?