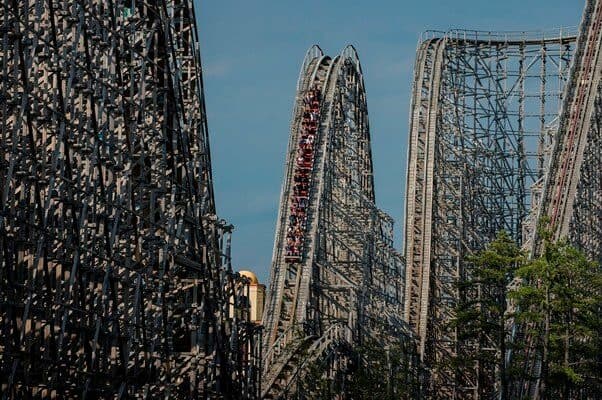 Multiple people were taken to the hospital after an incident on a popular Six Flags roller coaster.

However, at Six Flags Great Adventure in New Jersey, an incident on a roller coaster occurred Thursday evening that resulted in five riders being taken to the hospital.

While aboard the coaster ‘El Toro’, theme park officials told reporters that the Guests “reported back pain after riding the roller coaster.” The coaster has been shut down for inspection. ABC 6’s overhead chopper showed Team Members using flashlights on the tracks of the ride and reported that ambulances could be heard.

The same ride partially derailed last year, but the theme park has not indicated what happened.

Bull-taming is an ancient art that is still practiced today. Now you are going to experience the best of the old world and the best of the new. At first glance, El Toro looks like a classic wooden roller coaster, with mind-blowingly complex architecture rising high over the park. But it is in fact built with ultra-modern engineering techniques, so you are going to get that classic feel with a smoother, faster, more exciting ride than those old wooden coasters ever dreamed possible. El Toro is one of the fastest and tallest wooden runs on Earth.

“El Toro” literally means “the bull.” As you feel the power of the bull-like train you’re riding in, you’ll realize how this thriller got its name. This is no peaceful bull—he’s trying to shake you off! This beast bucks wildly so hang on tight!

Ride him up nearly 19 stories to face the first terrifying drop of 176 feet. At a 76 degree angle, that would be the steepest drop of any wooden-style roller coaster in the country. There is a reason El Toro was voted the #1 Wooden Coaster in the World by the 2011 Internet Coaster Poll,  and again in 2017 by Amusement Today’s Golden Ticket Awards, and this is your first clue.
You will zoom through the course at a whopping 70 miles per hour, over a series of insane hills designed to give you maximum airtime. In bull-taming terms, that’s when your tail lifts off the saddle. There will be an amazing nine opportunities to experience this incredible lack of gravity. You’ll take a pair of stupendously steep hills, bank hard left and right, then yet another drop, swerving through the wooden architecture faster than any bull ever ran.
The winding serpentine action will feel just like a bull trying to shake you off his back, but hang on tight. With bravery and honor, you can say that you tamed El Toro!