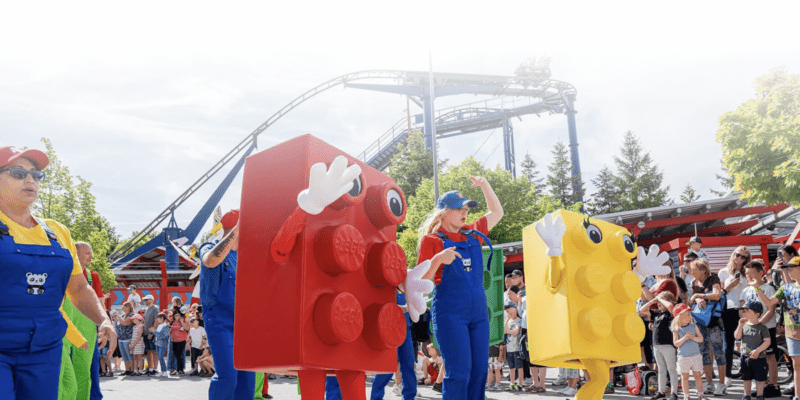 More than 30 riders were injured after two roller coaster trains crashed into one another, reports indicate.

LEGOLAND Deutschland Resort is one of the most popular theme parks in that country and the brand has its footprint all over the world, with locations like LEGOLAND Florida, LEGOLAND New York Resort, and others in California, Korea, Dubai, and several more.

However, a massive accident took place on Thursday evening at the German resort, resulting in 34 injuries including two who were severely injured.

The AP reported that one roller coaster train braked heavily and another train collided with it at the LEGOLAND Park in Guenzburg. Three helicopters were deployed to the scene, and fire and rescue services were called in to help. It was not immediately clear how the crash happened or what caused it.

The accident took place in the station of the Fire Dragon roller coaster.

At this time, nothing more has been shared about the status of the victims.

Just last week, a woman died after falling out of a roller coaster in an amusement park in Klotten, Germany. The theme park has since reopened, but the coaster remains closed.

Which child does not dream of becoming a knight, an explorer, a test driver or a pilot and entering into a fascinating world of adventure? At LEGOLAND® Deutschland, children can slip into the roles of their heroes and do things that normally only the grown-ups are allowed to do – like taking their first driving test, competing in a jousting tournament, wave racing across the water at breakneck speed, paddling their first canoe all by themselves, or designing and programming LEGO® robots. It takes twelve hours just to ride on all the LEGOLAND attractions, watch all the shows and 4D films and take part in all the workshops – and that is just the actual ride and performance time.

The LEGOLAND park has lots to offer for families with children between the ages of two and 12 looking for adventure – enough for several days of fun and action. Since June 2008, the LEGOLAND experience continues even after park closing time. In the world’s first LEGOLAND Holiday Village, visitors can spend the night right next to the park in LEGO themed cottages or in the large caravan area. The high level of quality and focus on service at LEGOLAND Deutschland guarantee parents a first-class park experience with all-round entertainment value. For children, a visit to LEGOLAND means the fulfilment of their dreams.

Inside the Magic will continue to keep you updated on this incident.