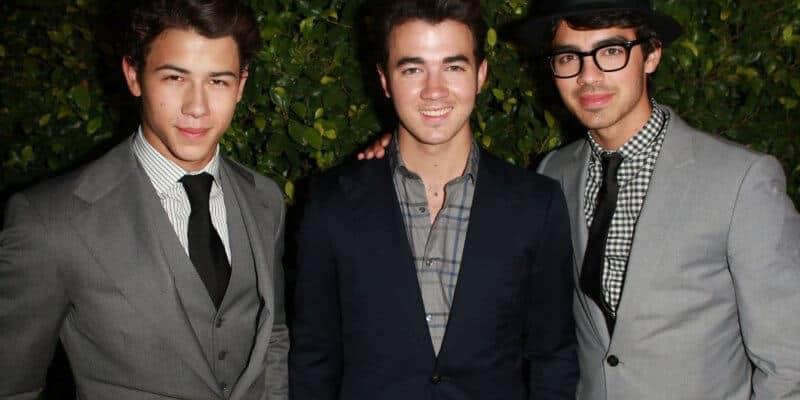 A member of the renowned band The Jonas Brothers, Joe Jonas, recently joked about his arrest in a viral TikTok trend.

It’s been a little over three years since the Jonas Brothers reunited to bring fans the beloved Happiness Begins album. The three brothers– Nick Jonas, Kevin Jonas, and Joe Jonas– had not played together as an officially formed band since they dissolved in 2013 following differences that absolutely shocked the world.

When the trio returned six years later, it was clear that they were back to having fun and it showed as the album– which featured songs like “Sucker,” “Only Human,” “Cool,” and “Rollercoaster”– won major awards and was one of the top-selling albums of the year in the U.S.

Now, Joe has shared a video that has fans laughing.

Joe Jonas joined the viral TikTok trend “Lock Me Up” and shared the reason that he would be arrested: “If forgetting lyrics was illegal.”

The video has since received more than 800,000 views with hundreds of comments. Of course, anyone who has followed the band knows that Joe has had a couple of hilarious moments when he forgot the lyrics to one of his own songs. But, hey, that comes with the territory.

Since the Happiness Begins Tour ended, the Jonas Brothers have released some singles like “What a Man Gotta Do,” “Like It’s Christmas,” and “Leave Before You Love Me,” but have yet to release another studio album. Joe Jonas worked on some new music with his old band DNCE and the Jonas Brothers got back together for a Las Vegas residency, but have yet to announce another tour at this point.

What do you think of this video with Joe Jonas? Let us know in the comments!