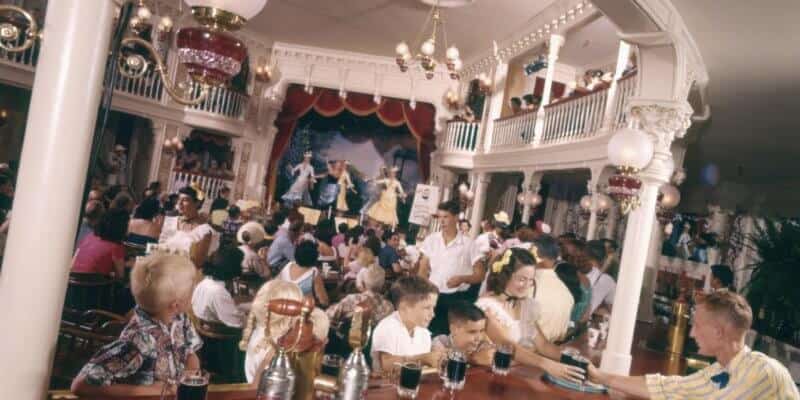 There aren’t many incidents that lead to Disney Park Guests being “horrified,” but that’s exactly what happened at a popular Disney restaurant recently.

However, there is much more to enjoy at Disneyland other than rides.

Disney snacks and iconic foods are part of what makes the magic at Disneyland, but a recent experience at The Golden Horseshoe left some Guests grossed out, to say the least.

The Guest shared that they were “horrified” to see a group of people clipping their toenails while sitting in the Disney restaurant.

“We saw some twenty/thirty-somethings clipping their toenails while sitting in the Golden Horseshoe,” one Guest shared. “My wife and I (and most around us sitting eating) looked at them horrified, and they laughed. It’s just gross behavior.”

This isn’t the first time that something like this has happened at a Disney Park. There has been a recent trend of Guests going barefoot and sticking their feet in the water of many attractions that has left others “disgusted.”

The Golden Horseshoe tabs itself as giving Disney Park Guests a chance to “relive the golden era of Disneyland Park at this old-timey saloon that’s been around since the very beginning.”

While at the restaurant, you can enjoy a spirited lunch or dinner over a roundup of frontier-style chow, including pepper jack chili mac, loaded potato skins, and chicken wings. Tiny trailblazers can tuck into the chicken slider meal or Kid’s Power Pack, a bounty of healthy snacks. End your meal on a sweet note with house-made ice cream desserts, like the triple chocolate-chunk cookie sundae topped with vanilla ice cream, cookie and cream crumbles, raspberry sauce, and popping candy. Ice cream float fans can sip on frosty Golden Horseshoe fabulosity, made with a choice of cola or root beer!

Have you ever experienced an incident like this at Disneyland or Walt Disney World Resort? Let us know in the comments!