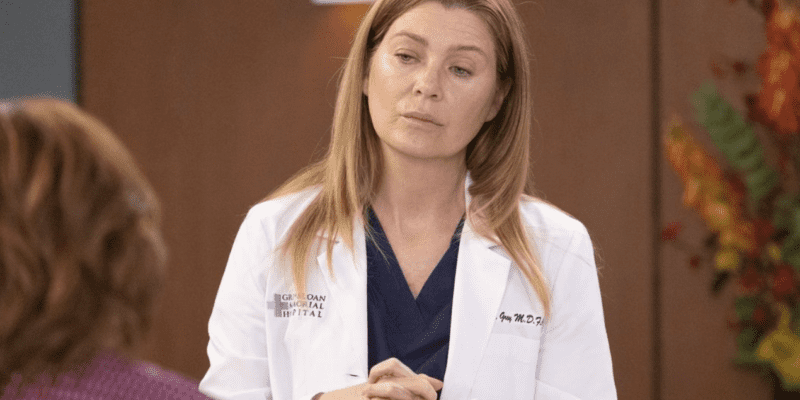 For almost 20 years, Ellen Pompeo has played the leading lady of Grey’s Anatomy, ABC’s record-breaking medical drama that follows the life and career of Dr. Meredith Grey starting with her first ever hospital internship.

Related: Dancing with the Stars Leaving ABC After 16 Years, Will Stream Exclusively on Disney+

Every fall, rumors begin to swirl that Grey’s could be entering its final season, yet every spring, fans receive news that the drama has been renewed for another year.

US Weekly even compiled a list of the many instances Pompeo discussed moving on from the career-defining show, revealing year after year that she was considering stopping before deciding she had no real incentive to quit given the astronomical ratings, positive fan reception, and various personal perks.

Grey’s has been Pompeo’s primary focus since she made the jump from movies to television back in 2005. That is until now, as it’s been confirmed that Pompeo is set to star in and executive produce a new limited series on Hulu.

The untitled Hulu project is inspired by the true story of Natalia Grace, a Ukrainian-born orphan whose U.S. adoptive parents claimed was not a 6-year-old child, but an adult woman who tried to kill them on more than one occasion. The parents were charged with neglect after they rented an apartment for Natalia before moving out of the country to protect themselves.

In an interview with Good Morning America (GMA), adoptive parents Michael and Kristine Barnett shared their side of the story, citing medical professionals who agreed that Natalia was not who she claimed to be. They claimed Natalia attempted to murder Kristine in her time under their roof, once via poisoning and again using an electric fence.

“We were told by doctors, ‘This person is a sociopath. This person is a con artist. You are all in danger,'” Michael told GMA.  Pompeo will play adoptive mother Kristine Barnett.

The story is reminiscent of Jaume Collet-Serra’s horror flick Orphan (2009), in which a couple adopts a young girl named Esther who ends up being a middle-aged murderer with dwarfism posing as a 9-year-old girl. The film’s prequel Orphan: First Kill (2022) will stream exclusively on Paramount+ on August 19 of this year.

Pompeo’s Hulu project has not been given a release date yet but has been in the works for more than a year now, which according to Deadline, will result in a reduction of screen time in Grey’s Anatomy‘s upcoming Season 19.

Throughout her run on Grey’s Anatomy, Pompeo’s character has survived exposure to a live bomb inside a patient’s body cavity, a near drowning, the death of her parents, a plane crash, a hospital shooting, a miscarriage, a custody battle, the death of her husband, a brutal attack by a patient, a near-fatal COVID-19 infection, and so much more in her 18 season tenure, making her more than equipped to take on a role parenting a supposed sociopath.

Are you excited about Hulu/Pompeo’s new project? Let us know in the comments!