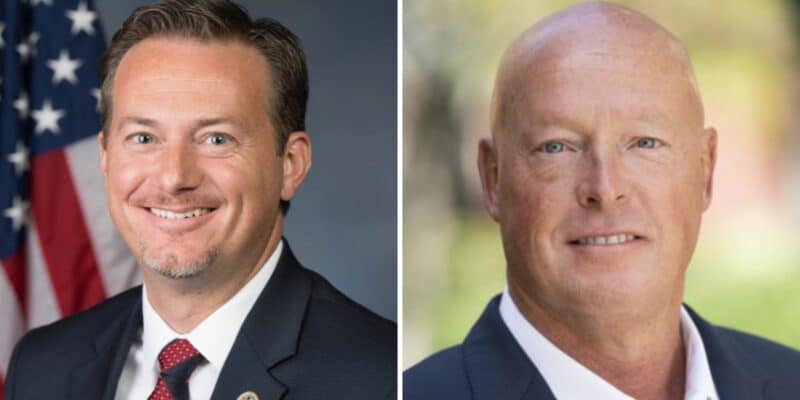 In a recent letter addressed to The Walt Disney Company CEO Bob Chapek, Congressman Michael Cloud called the company out for what he felt were disproportionate communications pertaining to employee healthcare coverage.

Many companies have sent out communications assuring employees that their healthcare benefits will continue to provide some kind of abortion support after the Supreme Court’s decision in Dobbs v. Jackson Women’s Health Organization stripped women of their constitutional right to an abortion.

Congressman Cloud’s letter takes aim at Chapek’s advertisements surrounding abortion care for Disney employees, fearing that the company was “coercing” and “seemingly pressuring” women into choosing abortion rather than supporting them through a healthy pregnancy.

“While I support businesses’ efforts to support women through their benefit policies, it is troubling that your company is seemingly pressuring women to take advantage of abortion coverage rather than Disney’s paid family leave policy,” Congressman Cloud wrote.

He went on to remind Chapek of The Pregnancy Discrimination Act, which according to the U.S. Equal Employment Opportunity Commission, “forbids discrimination based on pregnancy when it comes to any aspect of employment, including hiring, firing, pay, job assignments, promotions, layoff, training, fringe benefits, such as leave and health insurance, and any other term or condition of employment.”

Congressman Cloud seemed to use this reminder as the basis for his argument that proper support for pregnant people is protected by law, as if Chapek’s communications about abortion coverage in some way infringe on that protection.

“During this time of historically high 9.1 percent inflation, skyrocketing gas prices, and baby formula shortages, it is imperative that women feel they are supported in their decision to balance their family with their work,” Congressman Cloud wrote in his closing paragraph. “They should not feel coerced into seeking an abortion instead of taking time off to have their child.”

The letter ends with a request that Chapek hold a “staff level briefing” to reiterate and better represent the benefits that Disney offers to employees who seek to carry pregnancies to term. Chapek was given a week from receipt of the dated letter to carry out this briefing, with a deadline of August 24, 2022.

The full contents of Congressman Cloud’s letter to Disney CEO Bob Chapek can be read by clicking here.