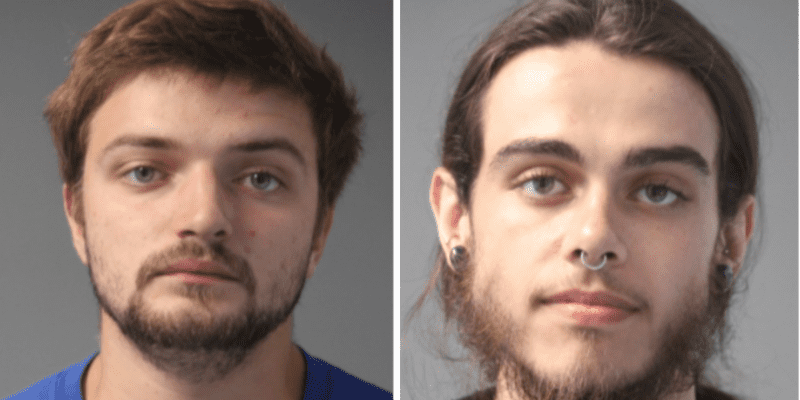 Felony arrests were made at a popular water park that included burglary, trespass, and much more.

Guests visit water parks during the summer as a way to keep cool and soak in the sun with their families. Unfortunately, that’s not exactly what a couple of people had in mind when they recently broke into a water park.

During the early morning hours, Flannery, 23, and Davidson, 21, trespassed into the water park and then accessed park facilities to burglarize the Killens Pond State Park lifeguard office and locker room and the Park’s concession stand/swim shop. They also caused damage at the park by throwing food, drinks, and other items while in the swim shop and then into the main swimming pool at the water park complex.

The two men also stole bathing suits for swimming in the pool and sliding down the Killens Pond waterslide. An investigation by Delaware Natural Resources Police also determined that a 50-lb. bag of sugar had been taken from the concession stand and dumped into the pool. Damages to the facility and swimming pool caused the water park to remain closed Sunday until 2 p.m. Killens Pond State Park was forced to refund prepaid waterpark reservations for the morning and early afternoon session.

Davidson and Flannery turned themselves into Felton Police Department following their investigation into a burglary of Lake Forest North High School that also occurred early Monday morning. Both were video-arraigned at Justice of the Peace Court 2 and were issued a no-contact order by the court for all Delaware State Parks and with each other. Both were released on their own recognizance pending a later court date.

Defendants are presumed innocent and are entitled to a jury trial at which the State bears the burden of proving each charge beyond a reasonable doubt.

What do you think of this water park incident? Let us know in the comments.