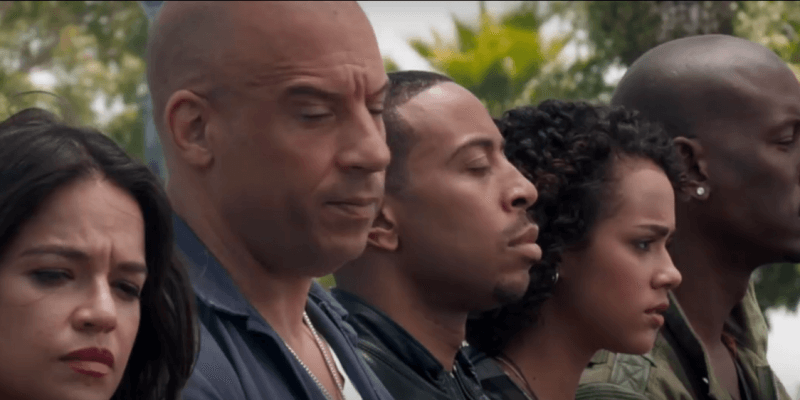 The film franchise is synonymous with, well, fast cars, as is Vin Diesel, who plays “Dominic Toretto,” one of the main characters of the films.

There have been nine entries into this incredibly-successful series, with a tenth film slated for a 2023 release. The upcoming movie has already faced some controversy, with Dwayne “The Rock” Johnson dropping from the film following unknown issues. After this, some fallout occurred between Johnson and Vin Diesel, with Johnson calling Diesel’s plea for Johnson to return as public “manipulation.”

Regardless, the new movie will undoubtedly make boatloads, or carloads of cash when it is eventually released. But recently, the production of the film hit another snag, this time with L.A. locals.

As reported by the Los Angeles Times, residents of Angelino Heights are protesting the filming and production of the movie, as they believe it encourages dangerous behavior.

The film series put Angelino Heights on the map, but the reputation is something locals are concerned about now more than ever.

“It’s become a tourist destination for street racing,” said Damian Kevitt, executive director and founder of the nonprofit Streets Are for Everyone. “The issue is the screeching, the smell of rubber, and the danger to the cars and the pedestrians in the area when street racers regularly come and do burnouts in the community.”

In response to a notice that filming would begin shortly in their neighborhood, residents organized a protest against the filming. Residents plan to hold the city accountable for any and all damage caused by street takeovers.

They also want the city to adopt and prioritize a zero-tolerance policy against street racing entirely.

“We’re asking them to live up to their own social responsibility statements and stop doing things to glorify street racing and taking no responsibility,” Kevitt said. “If they want to make a profit off of it, then they need to invest money back into helping the communities that this is impacting.”

Lili Trujillo Puckett, the founder of Street Racing Kills, experienced the effects of street racing firsthand after her 16-year-old daughter was killed in 2013. Pucket now pleads for safety first when it comes to productions like this. “Do something to help us save lives. That’s all we want,” Trujillo Puckett said. “Add some kind of messaging in the movie and make it in honor of my daughter, Valentina, and all the others who have passed away to street racing and to these takeovers.”

Along with a successful film franchise, the Fast & Furious brand is also represented at Universal Studios across the world in the form of Fast & Furious Supercharged.

Are you looking forward to this new Fast & Furious movie?