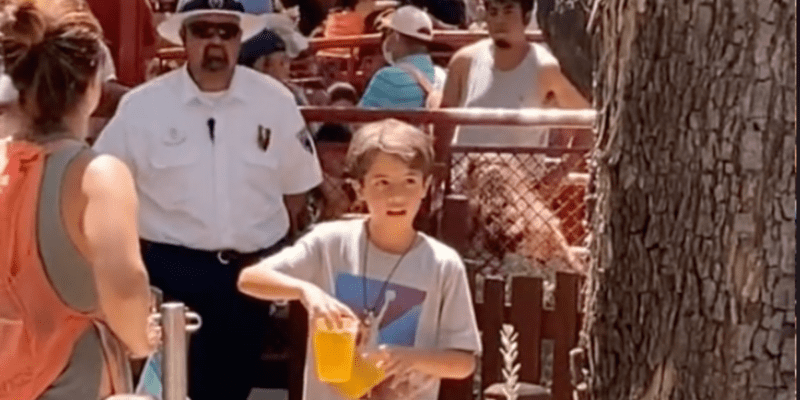 Disney has strict rules about alcohol and underage drinking at its Parks and Resorts to ensure that Guests are safe and abiding by the law.

When visiting Walt Disney World Resort and Disneyland Resort, Disney Park Guests are expected to abide by many rules that are enforced by Cast Members and security guards.

Everyone who visits a Disney Park wants to have a magical time taking a spin on several iconic attractions– like Haunted Mansion, Pirates of the Caribbean, Jungle Cruise, Space Mountain, and others– all the while enjoying epic nighttime spectaculars– like Disney Enchantment at Magic Kingdom, “World of Color” at Disney California Adventure, and Fantasmic!– and fun parades and character encounters.

To have a fun time, though, there are rules that must be followed in the Parks.

Disney has a strict policy about underage drinking and even handling of alcohol. Just recently, a user on TikTok posted a video of Disneyland Security approaching two children from behind after seeing the kids carrying beer.

As you can see in the video, the kids are running with the alcohol to hand to what looks like their mother. However, the security guard sees them and begins to make a move. The beer is given to the mother and the video cuts off, so we are unsure if the Disney security guard approached the family or let the incident slide as the kids did not drink from the cups.

It should be noted that even seeing a child handle alcohol could be enough for a security guard or Cast Member to give a warning or possibly even remove a family from the Park.

You can read more about Disney’s policies and procedures here.

Just recently, a couple of Universal Orlando Resort Guests were charged with giving alcohol to minors and, as a result, allegedly received one-year bans from Universal Parks. Though Disney sells alcohol at several locations through its Parks, some Disney fans have called for its locations to be “alcohol-free.”