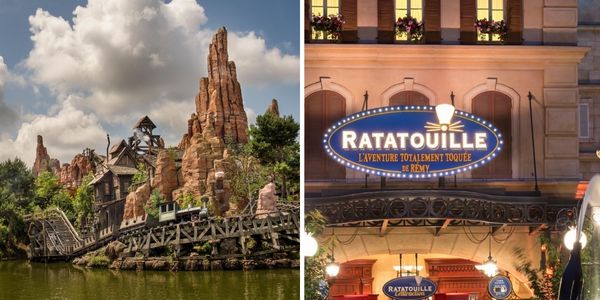 During a closure, Disney can make sure everything is working correctly and update anything if they need to, although we had our fingers crossed that Disney would fix the yeti on Expedition Everest.

This is true for the international al Disney Parks as well. When looking at Disneyland Paris’ calendar, you will notice two major attractions have been added to the list of upcoming closures. One of these is Ratatouille: The Adventure. This ride puts Guests directly into the world of Disney Pixar’s Ratatouille (2007).

The closure will take place from September 19 to 24, meaning it won’t be closed for too long.

Ratatouille: A Recipe for Adventure

Pull your tails in and feast your senses on this 4D experience at Disney Ratatouille. Remy and friends have cooked up a delicious storm. But it’s not long before they and you are discovered by Chef Skinner, who chases you through the sights, sounds and smells of Gusteau’s famous Parisian restaurant. New for 2014, this is a Disneylicious adventure that’s sure to leave you hungry for more.

Big Thunder Mountain: the Wildest Ride in the West

Climb steep heights and dive below raging waterfalls in this family-friendly, rattling race in a speeding mine cart.