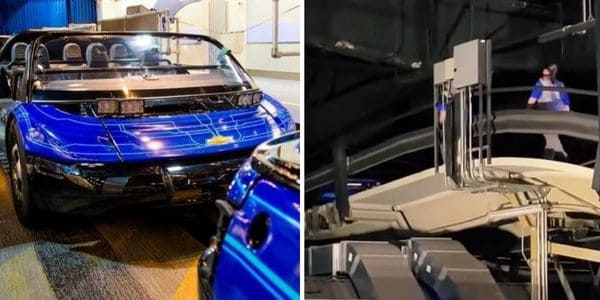 A few Guests had a very interesting time riding the fastest attraction at the Walt Disney World Resort recently.

Walt Disney World is famous for its theming and sprawling collection of rides, attractions, entertainment, and delciosou food. While all facets of the Disney World Resort are incredible, it really is true about the rides for many Guests. From Pirates of the Caribbean to Expedition Everest, Disney’s catalog of attractions is unmatched, at least when it comes to theming.

However, just because Disney is one of the biggest companies on earth doesn’t mean that everything runs perfectly 24/7. On TikTok, one Guest shared a very interesting experience while riding an infamous attraction at EPCOT. The video is linked below:

This was awesome! #disney #disneyparks #disneyworld

This was awesome! #disney #disneyparks #disneyworld

As you can see, the Guests were riding Test Track, Disney World’s fasted ride, when it abruptly stopped. The lights came on, completely ruining the theming but exposing some of the cool, behind-the-scenes secrets of the ride. Guests were then forced to exit their ride vehicles and evacuate the ride.

More on Test Track at EPCOT:

Have you ever been evacuated from a Disney ride?