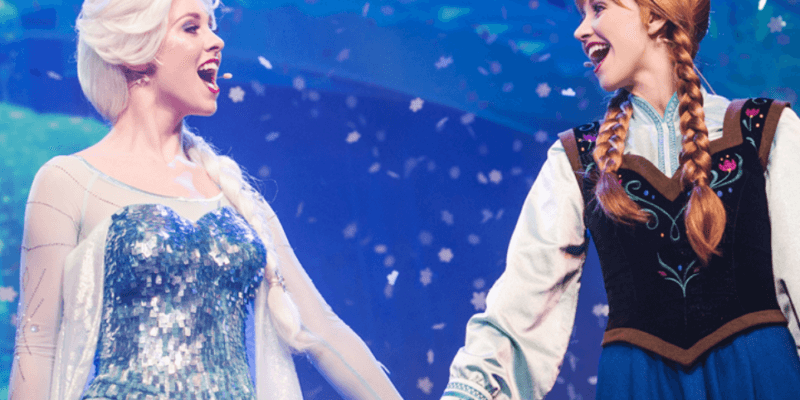 While Disney’s Hollywood Studios features multiple live shows like the thrilling Indiana Jones Epic Stunt Spectacular and Beauty and the Beast – Live on Stage, there may not be a more popular or interactive experience than the Frozen sing-along.

Related: Police Respond to Child Abuse, Battery and 45 Other Incidents at Disneyland

The show is officially called For the First Time in Forever: A Frozen Sing-Along and takes Guests through an abridged version of the story of Frozen, with Cast Members leading the audience in an exciting sing-along that’s fun for the whole family. Guests will sing to popular songs from the first film, including “For the First Time In Forever,” “Do You Want to Build a Snowman?”, and, of course, “Let It Go”.

If you have never seen For the First Time in Forever: A Frozen Sing-Along Celebration at Disney’s Holywood Studios, it is described as:

We originally reported that this attraction would be closing in August for a brief refurbishment, but when checking the official website for the show, the dates have now changed, with Disney opting to push back the refurbishment until next year.

The closure will now start on January 9 and continue until January 27 next year. At this time, we aren’t sure why Disney decided to push back this closure for several months. If you had a trip planned this September and wanted to experience this sing-along, then consider yourself lucky!

If you wanted to sing-along with Anna and Elsa but were planning on visiting in January, well, we apologize for the bad news.

However, if you’re looking to have some fun with the world of Frozen, be sure to head over to EPCOT and ride Frozen Ever After, which is part of EPCOT’s World Showcase!

Does this announcement throw a wrench into your upcoming Disney plans?