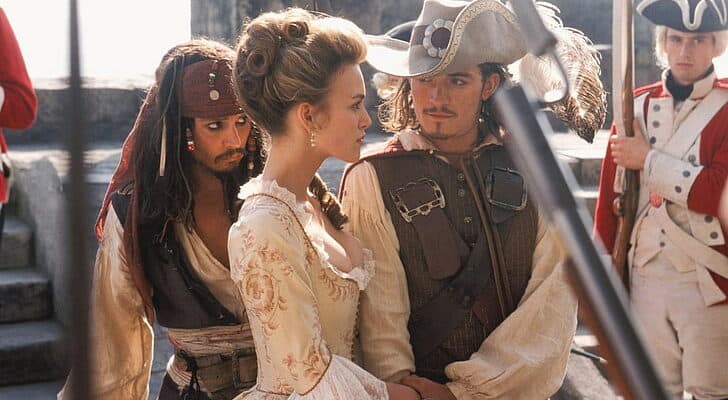 Disney has now confirmed that the next installment in the Pirates of the Caribbean franchise is underway with a familiar face returning.

There have been numerous calls from thousands of Disney fans hoping to see Johnny Depp return to the beloved franchise in his role as Captain Jack Sparrow. However, as rumors progressed that Depp could be making a return, a spokesperson for Depp responded, saying that there was no truth in these reports.

Instead, Disney has moved forward after reportedly casting Margot Robbie to play the lead role in the next installment of the franchise and has now confirmed that the movie is in the works.

POTC Producer Jerry Bruckheimer recently spoke to ComicBook about the upcoming film and confirmed that they were in the screenplay writing process. In addition, a familiar face is returning to the franchise.

“I’ve very excited, it’s going to be terrific,” Bruckheimer said. “We’re just working on the screenplay. One of the original writers, Ted Elliot, is helping write it. He has a great command of the characters.”

Bruckheimer shared that Elliot has a “great command of the characters” and there is hope from Disney that the movie can be successful. However, a co-star of Johnny Depp had other ideas when asked about Pirates of the Caribbean without Johnny Depp.

“I’ve never seen a hint of any dark side to Johnny. I see a great humanitarian and a beautiful human being. I don’t see any impediment for him coming back and playing Jack Sparrow.” Kevin McNally, who plays Joshamee Gibbs, said. “I think there was a general feeling that without Jack there is no Pirates franchise. And there’s probably a lot of truth in that. But now there have been questions about that, certainly why not have other Pirate films and certainly then why not have Jack back or Jack playing a different part.”

The movie franchise was based on the beloved Disney Park attraction, which can be experienced at Magic Kingdom in Walt Disney World Resort and Disneyland Resort.

What do you think of Disney moving forward on POTC without Johnny Depp? Let us know in the comments.