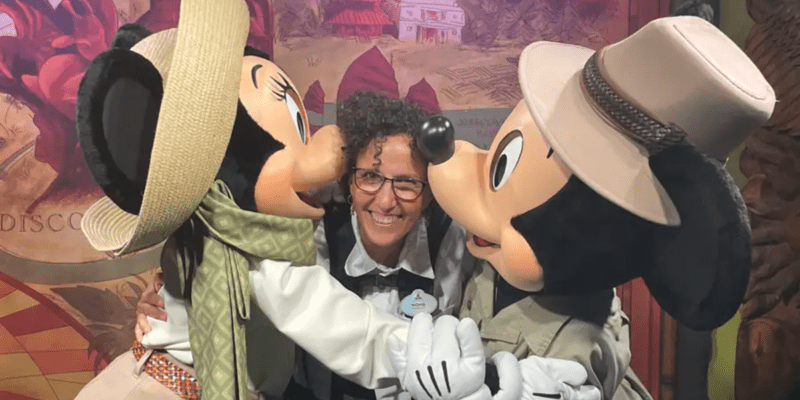 Our favorite Disney films teach us that sometimes we must be brave and leave our comfort zones to become our best selves. In Tangled (2010, Rapunzel left her home in search of the wide open world and finds where she was meant to be. Ariel in The Little Mermaid (1989) had to grow legs to leave the ocean and become “Part of Your World!”

Of course, in the real world, things are much more complicated. Noha Aly and her family left their home country, Egypt, seven years ago to escape violence and conflict. She had to live alone in the United States with her two children while her husband waited for immigration clearance.

Aly has a passion for photography, so she took a job as a Photopass Cast Member on Main Street, U.S.A., in Magic Kingdom at Walt Disney World Resort. She had no idea she’d be celebrated on the Disney Parks Blog just a few years later.

In Egypt, Aly earned a Bachelor’s in accounting, but she was dissatisfied with being an accountant. She told the Disney Parks Blog that “from day one,” she was looking to study in the United States.

Higher education is expensive, and being a refugee and a parent makes obtaining financial aid all-the-more complicated. Disney Aspire, a program offering free tuition to Disney Cast Members at a network of colleges and universities around the United States, allowed Aly to forgo the complications and enroll in university.

Despite the COVID-19 pandemic and the challenges that come with an online degree program, Aly obtained a Bachelor of Science in Project Management from Bellevue University earlier this year. She even attended her in-person graduation ceremony in Nebraska!

After gradution, Aly started a job at Cigna, where she hopes to move into a project management role. She still works part-time as a PhotoPass Photographer at Walt Disney World Resort.

Have you taken advantage of the Disney Aspire program?