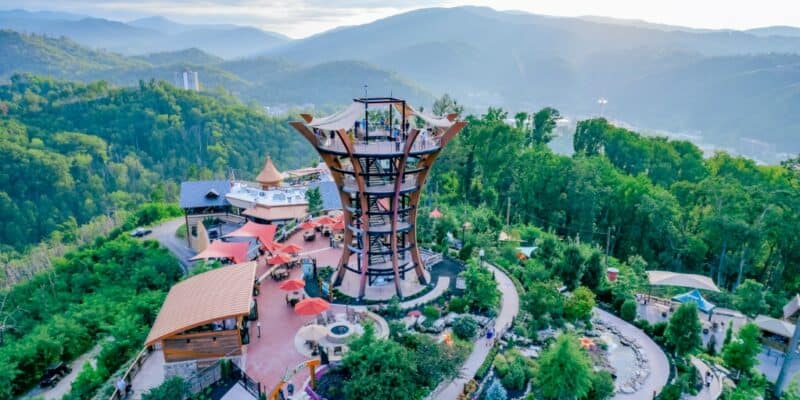 Officials say that they found a body underneath the ski lift at a popular Tennessee theme park.

There are hundreds of theme parks all across the United States and millions of families visit these destinations each and every year looking to create memories that last a lifetime.

While Disney Parks, such as Walt Disney World Resort and Disneyland Resort, as well as others like Universal Orlando Resort, Universal Studios Hollywood, Six Flags, Busch Gardens, SeaWorld, and Cedar Point are some of the most popular theme parks in the country, there are plenty more amusement parks for families to enjoy, as well.

One of those is Anakeesta Theme Park.

Located in the Smoky Mountains in Gatlinburg, Tennessee, Anakeesta Theme Park is a different kind of experience. The theme park possesses many fun attractions, including the Dueling Zipline Adventure, Rail Runner Mountain Coaster, Chondola, Treetop Sky Walk, and many other experiences.

However, officials shared that a woman’s body had been found under the chairlift at the destination.

The Gatlinburg Fire and Rescue Department responded to the theme park around 7:41 p.m. on Thursday regarding an incident on the park’s chairlift, city officials said. When the crews arrived, they found a woman under the chairlift and she was pronounced dead at the scene.

Anakeesta issued a statement following the accident and closed the chairlift, which is now under investigation.

“A tragic incident occurred [Thursday] evening. 911 was called immediately. Our hearts are with the family of the deceased,” Anakeesta Vice President of Marketing and Sale Michele Canney said in a statement to 10News.

The Tennessee Department of Labor and Workforce Development said it could take up to eight weeks for an investigation to be closed and that no information will be released to the public until a thorough investigation is conducted.

This isn’t the first tragic accident to unfold at a theme park recently.

Perhaps the most notable incident occurred this past March when 14-year-old Tyre Sampson was released from his seat and tragically fell to his death while riding the Orlando FreeFall at ICON Park. Sampson’s family has since filed a lawsuit claiming negligence and thousands of people have signed petitions and joined in protests aiming for the attraction to be demolished. At this point, however, the future of the attraction remains unknown.

A 14-year-old girl was recently killed when a roller coaster derailed at a Denmark amusement park this month, as well.