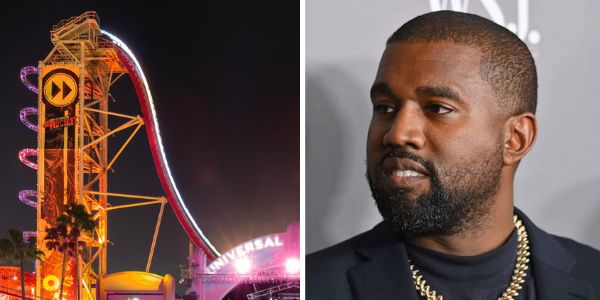 At Universal Studios in Orlando, Florida, there are so many things to discover, experience, and explore. From the Wizarding World of Harry Potter to the exhilarating Jurassic World VelociCoaster, Guests are sure to have fun at both Universal Studios and Islands of Adventure.

Unfortunately, the Resort is missing one of its most popular and beloved attractions, that being the Revenge of the Mummy. Universal Orlando Resort closed Revenge of the Mummy at Universal Studios Florida for an extensive refurbishment back in January, with no word on when the ride will officially return. As of now, the attraction remains closed, with a reopening date listed as “late summer 2022.”

Since its closure, Guests have been clamoring for its return, hoping Universal officially reveals the reopening date. As of publishing this article, we are still waiting for more information to come out about this ride, and recently, Universal made major changes to another iconic attraction at the Resort.

Universal’s Hollywood Rip Ride Rocket is an intense and thrilling experience that’s sure to please coaster lovers and music junkies.

Per the official website, “This towering coaster offers a musical twist: As you strap in, you’ll pick the song you want to hear above your own shrieks. Adrenaline pumping and music thumping, you’ll climb toward the sky at a 90-degree angle and tackle the first ferocious drop. Topping out at 65 mph, this rip-roaring ride is a blast from beginning to end.”

Unfortunately, for fans of Kanye West, who now officially goes by Ye, as well as fans of the legendary French duo Daft Punk, you’re out of luck.

These record-breaking multi-faceted artists were dropped recently from the attraction, with Universal removing what is arguably both’s most popular songs. This was revealed by Orlando Informer (@OrlandoInformer) on Twitter which you can see below:

We are unsure of why exactly these songs were removed from the ride as Universal has not issued a public statement about the decision. Be sure to check back here for more information!