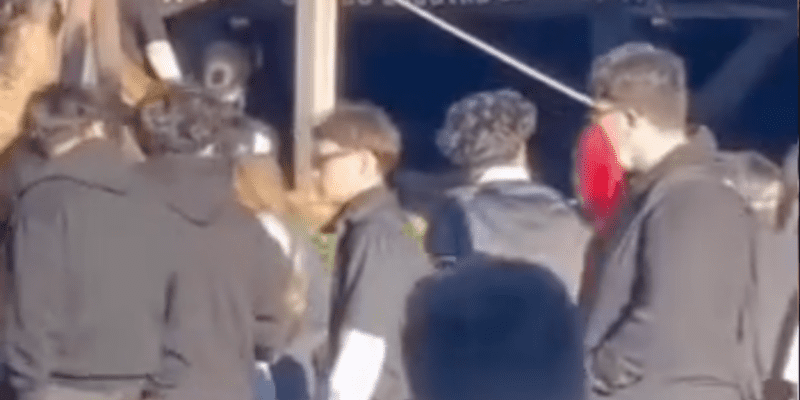 A video has surfaced from a popular theme park of a visitor pointing a gun at Guests.

Inside the Magic recently reported that the Southern California theme park Knott’s Berry Farm was shut down early last weekend after multiple fights and reported gunfire. However, the police department recently shared that no gunfire had happened, but multiple brawls did, in fact, occur.

Following these reports, Knott’s Berry Farm released a statement on the incident, which stated:

Now, another video has surfaced from Knott’s Berry Farm that shows a young Guest holding a toy gun and pointing it at other Guests. Just a little later, fights would close down the theme park and visitors would be seen running away from the incidents.

Because of behavior like this, including fights that have occurred, Knott’s Berry Farm has issued a chaperone policy that will require all Guests ages 17 and under to be accompanied by an adult at least 21 years of age.

“For decades, Knott’s Berry Farm has been a place where families and friends come together to enjoy a one-of-a-kind park full of homegrown experiences and immersive entertainment,” the theme park said in a statement. “Millions of guests have counted on us for wholesome family fun, and we’re committed to keeping that promise going forward.

As part of that commitment, the park will implement a chaperone policy beginning Friday, July 22, 2022, remaining in effect on Fridays and Saturdays until further notice.”

A day at Knott’s Berry Farm means taking on mammoth roller coasters, Old West adventures in the authentic 1800’s Ghost Town, paying tribute to California’s Hispanic roots in Fiesta Village, experiencing the Southern California beach lifestyle along the Boardwalk, and going on a High Sierras adventure with the world’s most loveable beagle – Snoopy!

Located just 10 minutes from the Anaheim resort area, the once small family farm has grown into today’s family fun destination; home to the Knott’s Berry Farm theme park, Knott’s Soak City Waterpark and Knott’s Berry Farm Hotel. Whether you are looking for a weekend getaway, family road trip, or overnight stay, you’ll find something for everyone at Knott’s Berry Farm!