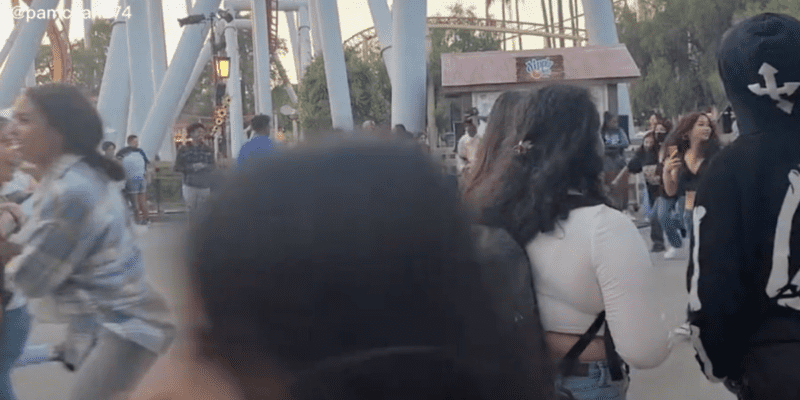 A video has surfaced showing visitors at a popular theme park running in chaos after reported gunshots were fired.

Inside the Magic recently reported that the Southern California theme park Knott’s Berry Farm was shut down early on Saturday after multiple fights and reported gunfire. There were multiple reports of violence, fights, rioting, and even gunfire at the Park.

Following these reports, Knott’s Berry Farm released a statement on the incident, which stated:

Now, a video has surfaced from the California theme park on Saturday in which we can see Guests running in fear.

went to Knotts today saw this.

went to Knotts today saw this.

Knott’s Berry Farm has since reopened and is operating under normal conditions.

A day at Knott’s Berry Farm means taking on mammoth roller coasters, Old West adventures in the authentic 1800’s Ghost Town, paying tribute to California’s Hispanic roots in Fiesta Village, experiencing the Southern California beach lifestyle along the Boardwalk, and going on a High Sierras adventure with the world’s most loveable beagle – Snoopy!

Located just 10 minutes from the Anaheim resort area, the once small family farm has grown into today’s family fun destination; home to the Knott’s Berry Farm theme park, Knott’s Soak City Waterpark and Knott’s Berry Farm Hotel. Whether you are looking for a weekend getaway, family road trip, or overnight stay, you’ll find something for everyone at Knott’s Berry Farm!