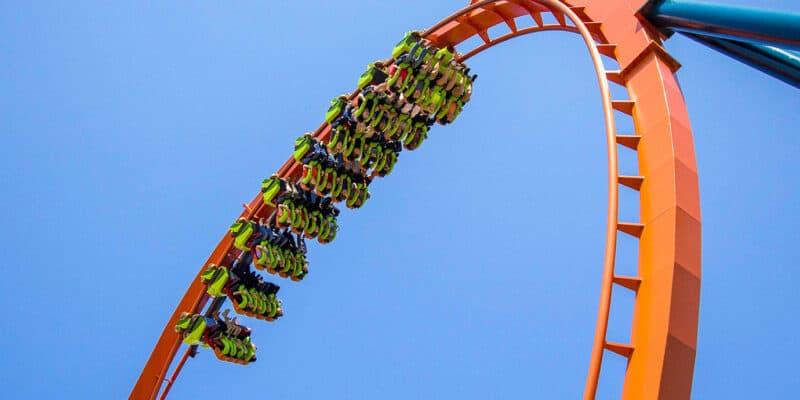 A theme park attendant attempting to retrieve a cellphone recently accidentally made the situation even worse.

No matter theme park you’re visiting, whether it be a Disney Park in Walt Disney World Resort or Disneyland Resort, or if it be another like Universal Orlando Resort, Universal Studios Hollywood, Six Flags, Busch Gardens, SeaWorld, Cedar Point, the all-new Lost Island Theme Park, or any other, you’re obviously looking to ride the most popular attractions.

At Cedar Point, there are several thrilling coasters and attractions that draw Guests from all around the area. The theme park boasts 17 world-class roller coasters, three areas filled with rides and attractions for kids and families, plus an 18-acre waterpark with plunging slides and shallow-depth kids areas.

However, a recent ride on the popular coaster Rougarou didn’t go as planned for one rider or the Cedar Point Team Member.

As you can see in the video, the Team Member is attempting to retrieve a cellphone dropped on the tracks. However, just as they get a grip on the phone and begin to bring it in, they drop it right in the spot that has a hole, leading to the phone being now underneath the tracks.

As soon as you’re strapped in, the floor drops out. Completely. The first floorless coaster at Cedar Point, Rougarou isn’t just a fable of the imagination. Its twists and turns prove its fear-inducing story is larger than life. After the initial shock, this coaster roars to life as your feet dangle in mid-air. Watch your feet as you travel at top speeds being chased through the swamp it has habituated since 2015. The mythic legend climbs a staggering first hill, but this is definitely not the time to catch your breath because this coaster’s nowhere near done yet. It drops you 137 feet at 60 miles per hour before hurling you through a 119-foot vertical loop. Scream all you want; it just makes this predator stronger. It’s no wonder that between the daring drops and dives, riders are left wondering if they’ll ever catch their breath. Its howls will follow you around all day.

What do you think of this hilarious video? Let us know in the comments!