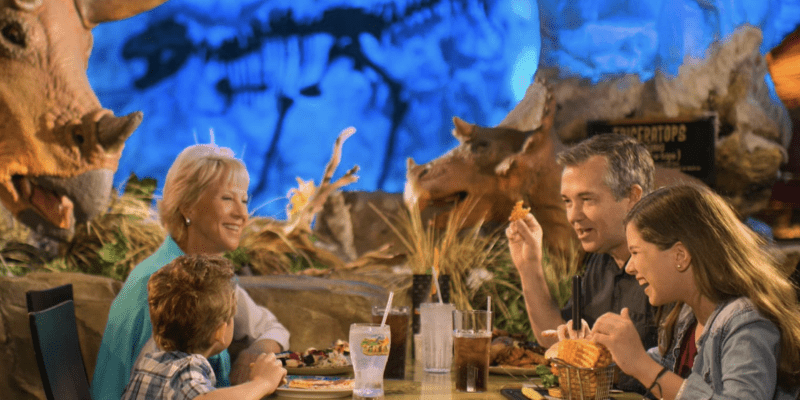 An unfortunate situation occurred at Walt Disney World recently, with a drunk Guest leaving behind a child at a bar.

Earlier this year, a drunk woman was arrested after leaving a child behind at a Disney Word restaurant bar according to the official report from the Orange County Sheriff’s Office. The incident occurred on April 16 after employees at the T-REX Restaurant in Disney Springs noticed the child left alone and became concerned for their well-being. Eventually, employees contacted law enforcement who were able to track down the woman.

The specific restaurant, T-REX Restaurant at Disney Springs, is a place where Guests can, “Eat, Shop, Explore and Discover” while surrounded by dinosaur animatronics. The eatery is very similar to Rainforest Cafe which is also found at Disney Springs as well as Disney’s Animal Kingdom.

When she was found, the report states that she was so intoxicated she had to be taken to the hospital to get checked out. The woman, Rosanna Nancy Mezarina, 42, was reportedly the mother of the child that was left at the restaurant.

The mother, Rosanna Nancy Mezarina Meza, 42, of Clearwater, was arrested for child neglect.
The report doesn’t state the age of the child

Reports show that Mezarina and her son sat at the bar around 8:45 that night. She ordered a few drinks while at the bar. Mezarina left the restaurant to get her credit card and then left again, this time not returning. The report does not state how old the child is. Receipts found in her fanny pack show she had drunk several other drinks earlier that day as well.

Mezarina was arrested for child neglect. Typically, any form of child abuse or neglect is considered a felony. This is all the information we have at this time.

Did you hear about this story yet?