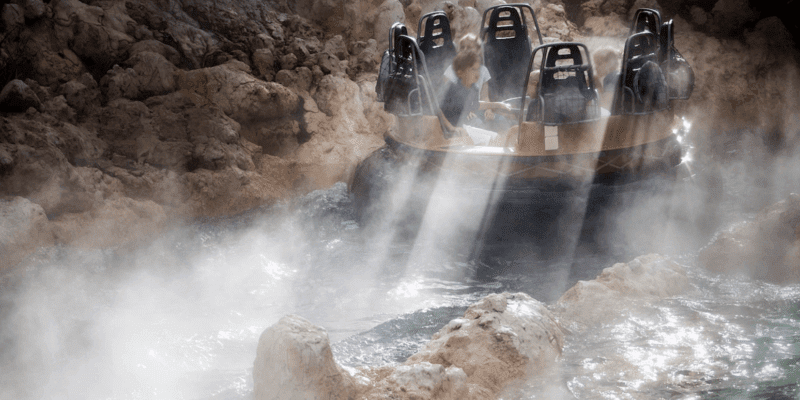 Disney Park Guests have noticed that a popular attraction was mysteriously missing its biggest feature.

There are certain rides when visiting Walt Disney World Resort or Disneyland Resort that are simply “can’t miss.” Haunted Mansion, Jungle Cruise, Space Mountain, Splash Mountain, Big Thunder Mountain Railroad, “it’s a small world”, and Pirates of the Caribbean are just a few of the iconic attractions that Disney Guests are treated to when visiting the Parks.

At Disneyland Resort, there are two theme parks for Disney Guests to enjoy: Disneyland Park and Disney California Adventure.

The Avengers Campus opened last year where Guests can help Spider-Man on WEB SLINGERS: A Spider-Man Adventure and free fall with the Guardians on Guardians of the Galaxy: MISSION BREAKOUT. In addition, Guests visiting the Disney Park can enjoy thrilling rides like Radiator Springs Racers, The IncrediCoaster, and many more.

One of the most popular attractions in Disney California Adventure is the iconic Grizzly River Run.

The beloved water attraction takes Guests through the raging current and, spoiler alert, you’ll get wet, most likely soaked.

However, one of the biggest features of the attraction– the Geyser– has seemingly gone missing from time to time.

“I have gone for one week the last two summers in a row and it [the geyser] wasn’t working either trip,” a Guest said in a recent Reddit thread. “The cast members gave me a wide range of answers to it should be fixed soon to it’s not going to be fixed.”

Many others who have visited the Park say that the geyser wasn’t working when they rode the attraction either. However, another Guest said that the geyser still works, but it is off “the majority of the time.”

“The geyser does work but it seems to be off majority of the time. I saw it working 3 weeks ago,” the Guest said.

Some Guests say that the geyser is only turned on when a certain temperature is reached, but Disney has not confirmed if this is why the geyser has been erratic.

Have you noticed the geyser missing at Grizzly River Run? Let us know in the comments!