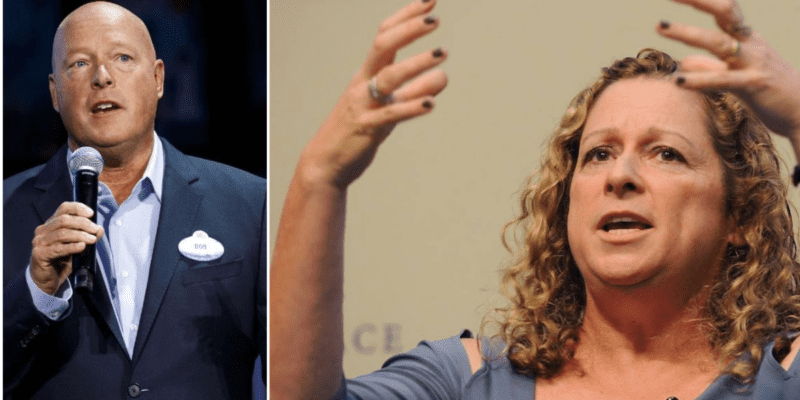 Disney fans are apparently pushing for a major replacement for CEO Bob Chapek.

If you’ve visited Disney Parks & Resorts in the last couple of years or if you’ve simply been a part of the Disney community, you’ve likely become very familiar with the name Bob Chapek.

Chapek, who took over as CEO after Bob Iger retired, has become synonymous with many controversial issues surrounding The Walt Disney Company, including political responses, price increases, entertainment decisions, and much more.

Just recently, Bob Iger shared that he regretted how the change from him to Chapek took place.

With so many Disney Park and Disney Entertainment fans seemingly unhappy with the current Disney product, many are begging the company to look elsewhere for another CEO.

Now, a petition has come forward pushing for Disney to replace Bob Chapek with Abigail Disney. Abigail Disney has been very outspoken about many issues affecting The Walt Disney Company over the years and has garnered quite a controversial reputation.

The petition, which can be found at Change.org, now has hundreds of signatures. The description for the petition reads:

“Ever since he became CEO of The Walt Disney Company on February 25, 2020, Bob Chapek has made Disney worse & worse over time. He has allowed the cancellation of projects such as The Owl House and Nimona, along with funding bills and organizations that will put LGBTQIA+ people in grand jeopardy.  This has gone far enough, and he needs to be stopped. Remember the time back in the 1990s when Michael Eisner was ruining Disney, the person trying to save it was Roy E. Disney. Well, His daughter Abigail Disney is also highly critical of the company. I think its time we need a new CEO that actually cares for the safety of its fans, which is why i am calling upon the Board of Directors of The Walt Disney Company to fire Bob Iger and replace him with Abigail Disney. Putting her in charge of the company would be doing everyone a big favor, as she is against anti-LGBTQIA and is an active philanthropist.”

While many fans might be hoping for Chapek to be replaced, Disney just made the decision last month to extend Chapek’s contract by three years, meaning that the expectation is for him to be around for the foreseeable future. The vote was unanimously approved by Disney’s Board of Directors.

What do you think of this petition? Let us know in the comments!