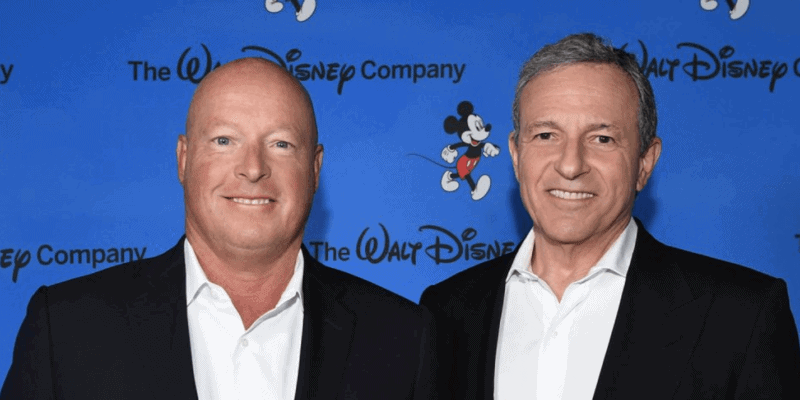 If you have visited the Disney Parks and Resorts in the last few years or been a part of the Disney community in general you will surely know the name, Bob Chapek. Chapek serves as the company’s current CEO, taking over Bob Iger’s multi-decade tenure in early 2020, perhaps the worst time to take over one of the largest corporations in the world.

The exchange of power between Iger and Chapek was swift and came as a bit of a surprise, especially since Bob Iger ended his position with the company a lot earlier than expected. Now, some harsh words have come out from Iger as reported in a story from Business Insider.

As of late, Bob Chapek has now become synonymous with the company’s latest controversies, including the company’s controversial response to Florida’s “Don’t Say Gay” bill. Although the controversy seems to finally be dying down, the damage has been done and Chapek’s reputation has seen some intense repercussions.

The transition between Iger and Chapek was swift but according to Business Insider, Bob Iger thought his final few years at Disney would be a “biggest hits” compilation filled with final goodbyes and adieus to the employees and other coworkers he encountered. Instead, according to sources, the executive spent 2020 and 2021 on the sidelines, helplessly watching as an unprecedented and unexpected COVID-19 pandemic swept the world, devastating the company he had so prominently led for 15 years.

Related: Disney Fans Continue To Try and Save Splash Mountain With Petition

Perhaps the biggest bombshell in the entire article was Iger’s feelings about passing the figurative baton or in this case, magic wand or any other Disney MacGuffin, to Chapek. Iger regrets this decision, calling it one of his worst business decisions.

Initially, the transition was set to be smooth, with Iger slowly leading Chapek into the role. Instead, this transfer of power did not turn out how Iger thought, with him reportedly remaining unhappy with how it was handled.

We reported on a story earlier this year detailing the strained relationship between the two businessmen and Chapek was reportedly “furious”. Ben Smith published a story after reaching Iger by email where Iger told Smith he would stick around to help run the company, saying “A crisis of this magnitude, and its impact on Disney would necessarily result in my actively helping Bob [Chapek] and the company contend with it, particularly since I ran the company for 15 years!”

Allegedly Chapek was furious when he saw the story and comments. He had not expressed a need or desire for extra help and had not asked for any. At this point, Iger had postponed his retirement as Disney CEO three times already and Chapek felt he was essentially doing it again.

Last week both Iger and Chapek were seen attending Allen & Co.’s Sun Valley mogul retreat where the two exchanged a cordial greeting and nothing more. On the same day of the announcement, Walt Disney Company’s stock price fell by more than 2% and it currently sits at a record low.

“He got tired of all the things you have to do,” added the Disney exec. “He really wanted to play around with creative and not worry about all the business crap.”

On a lighter note, Iger chimed in with how he feels Chapek is doing at the moment. “He’s still figuring it out,” said the former Disney exec. “He’s got plenty of money, he’s got great skills. I expect him to do great things. I don’t think he has to be in a rush.”  Iger is still rooting for Disney no matter what or who is running the company.

How do you feel about Bob Iger and Bob Chapek?