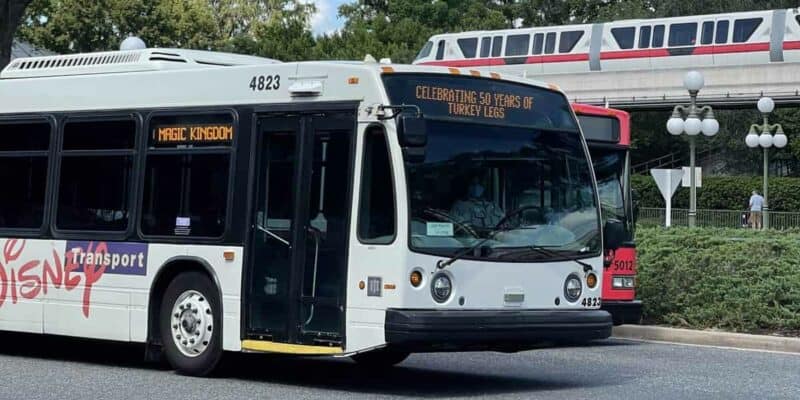 When visiting Walt Disney World Resort– whether it be at Magic Kingdom, EPCOT, Disney’s Animal Kingdom, or Disney’s Hollywood Studios– Guests are treated to an immersively magical experience that results in memories that last a lifetime.

Many of those memories are made directly as a result of the hard work that Disney Cast Members put into making sure that each Walt Disney World Resort Guest experiences “the most magical place on earth.”

It seems that an accident may have occurred involving a Disney Cast Member and a bus.

A Disney Park Guest recently shared on Reddit that as they were heading back to their Disney Resort to pick up a left-behind item, they witnessed a bus collide with a Cast Member at a crosswalk.

“This morning my family and I had to go back to Art (Art of Animation) since my brother left his ticket on the counter. While we were going back from Animal Kingdom the bus driver didn’t stop and hit a cm (Cast Member) crossing,” the Guest said. “My family and I are pretty much in shock about the whole thing.”

The Guest shared that the bus was coming up to a stop when this occurred, but that they felt a “hard stop” when it happened. After that, they said they saw several Disney Cast Members and others running to check and see what had happened.

The condition of the Disney Cast Member has not been revealed at this time and the incident itself has not been confirmed by Disney.

Disney bus drivers are expertly-trained to keep both Guests on board and pedestrians safe while traveling to the Disney Parks and back to their Disney Resorts. In addition to Disney buses, Disney offers complimentary transportation through the Disney Skyliner and Water Taxi at select Resorts.

What do you think of this reported incident?