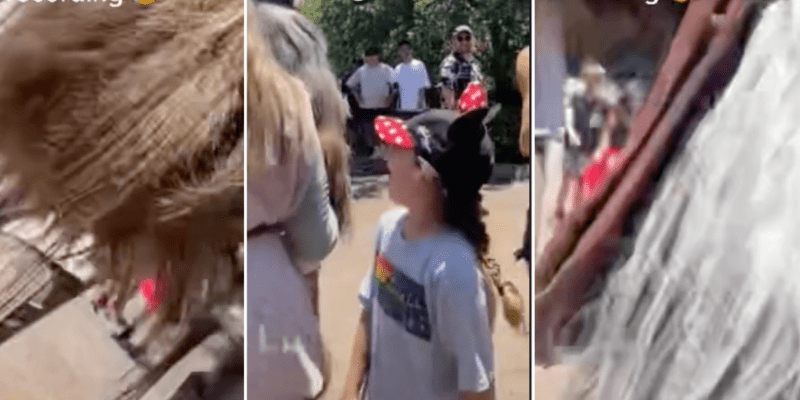 There’s no telling what will happen when Disney Park Guests interact with Disney characters.

There’s so much to do and experience when heading to Walt Disney World Resort. Whether you’re at Magic Kingdom, EPCOT, Disney’s Hollywood Studios, or Disney’s Animal Kingdom, there are plenty of thrilling and iconic attractions to experience, but there’s so much more to enjoy than just rides.

One of the ways that Disney completely immerses Guests in the magic is with character interactions.

In the beloved Star Wars: Galaxy’s Edge area in Disney’s Hollywood Studios, Guests can take a ride on Star Wars: Rise of the Resistance and Millennium Falcon: Smuggler’s Run, enjoy some blue and green milk, build their own lightsaber, and, of course, interact with some of their favorite characters.

One of those, obviously, is Chewbacca.

However, a recent interaction with the beloved Star Wars character ended in hilarity for some Guests.

As you can see in the video, the user is attempting to record right behind Chewbacca. Little did they know that the Star Wars character was about to turn around.

Discover Star Wars: Galaxy’s Edge at Walt Disney World Resort and the Disneyland Resort, where you can live out your own Star Wars story, fly the Millennium Falcon and explore a remote outpost where adventure awaits.

What do you think of this hilarious video encounter with Chewbacca? Let us know in the comments!