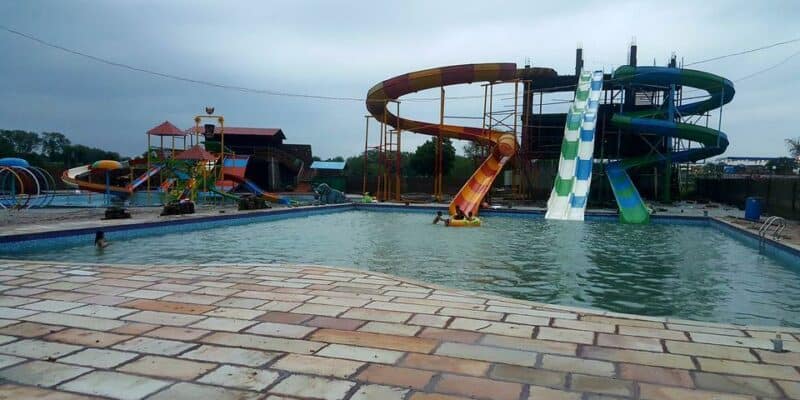 A shocking incident occurred at an Indian water park recently, but the most shocking thing may not be the injury.

A post has been floating around social media recently, claiming that a Guest died at a water park in India after slamming into another Guest. The video, which was shared online shows a violent incident at the bottom of a slide.

This incident happened as one Guest was sliding down one of the waterslides at the park when another Guest, unfortunately, turned their back to the exit of the slide. This resulted in the two guests colliding, apparently knocking the one already in the water out cold.

Guests surrounded the scene frantically and pulled the knocked-out Guest from the water. Once they pull the Guest out, blood can be seen running from their head. The incident is shocking and, according to the original post, proved to be fatal. However, when looking for more information regarding the incident, this claim of death proves to be a false one.

For clarity, IndiaToday reached out to Firoz Ahmed, who filed the report for AajTak. He confirmed where the incident occurred and when. The report actually stated that a man was hurt at Mukundra park on Kota Road of Rajasthan’s Jhalawar district.

While the video has gone viral on social media claiming the Guest died, the injured youth is actually undergoing treatment at SRG Hospital.

What is shown in the original viral video happened on May 28, 2022. The victim was rushed to the Emergency OT at Jhalawar’s SRG Hospital where they received 3 stitches for the wound. He was later discharged. Thankfully, no one was severely injured or died as the original claim stated.

No police report was filed and the Guest who caused the incident was also a part of the same group.