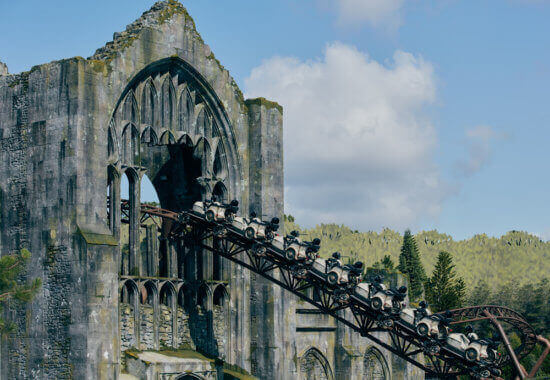 Universal Studios Orlando is home to many incredible rides and attractions, most notable being the new VelociCoaster as well as Hagrid’s Magical Creatures Motorbike Adventure, both of which are jaw-dropping in both presentation and ride experience.

However, this experience is negated by unruly Guests messing up the ride for everyone else, and in a somewhat-viral video shared on social media recently, this could’ve been the case.

Please don’t do this. There are reasons they don’t want food or drinks on attractions.

Please don’t do this. There are reasons they don’t want food or drinks on attractions. pic.twitter.com/icf41zP6JR

As you can see, the Guest snuck a cup of water onto Hagrid’s Magical Creatures Motorbike Adventure, one of the more thrilling attractions in Universal Studios Orlando. This was for something they called the “don’t spill the water challenge”. Of course, this caused outrage among theme park fans, and rightfully so.

Universal Studios has a strict set of rules Guests must follow both on and off of rides in order to keep not only themselves safe but other Guests and employees as well. This behavior is not tolerated by Universal.

Hagrid’s Magical Creatures Motorbike Adventure is a stunning new attraction at the Universal Studios Orlando Resort. Located specifically in Universal’s Islands of Adventure, this jaw-dropping experience is sure to please even those who may not know a single thing about the Harry Potter franchise.

Have you ever seen something like this at Universal?