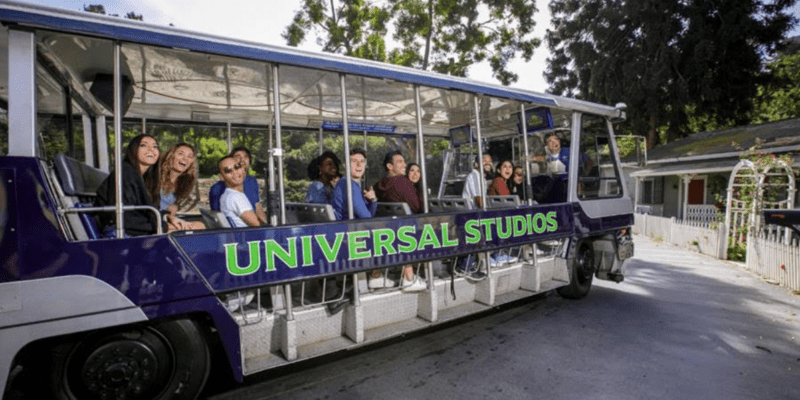 An iconic attraction at Universal Studios suffered a crash with Guests aboard.

The world-famous, behind-the-scenes Studio Tour is a hallmark Universal Studios Hollywood attraction that, for over 55 years, has taken millions of Guests from around the world through authentic movie and television production studios, featuring iconic sets made famous in blockbuster movies such as Back to the Future (1985) and rides such as Fast & Furious—Supercharged and King Kong 360 3-D.

Just recently, however, the tram was seen running off the road and into a tree with Guests aboard.

As you can see the tram crashed with the trains filled. It seems the backend of the tram didn’t quite make the turn. At this time, no injuries have been reported in association with the crash.

Just recently, Universal Studios Hollywood announced a major change to the attraction, including converting the trams from diesel to electric.

Visit 13 city blocks on 400-plus acres of historic studio lot in the largest set construction project in studio history, built with creative consultation from Steven Spielberg himself.

Have you ever experienced anything like this? Let us know in the comments!