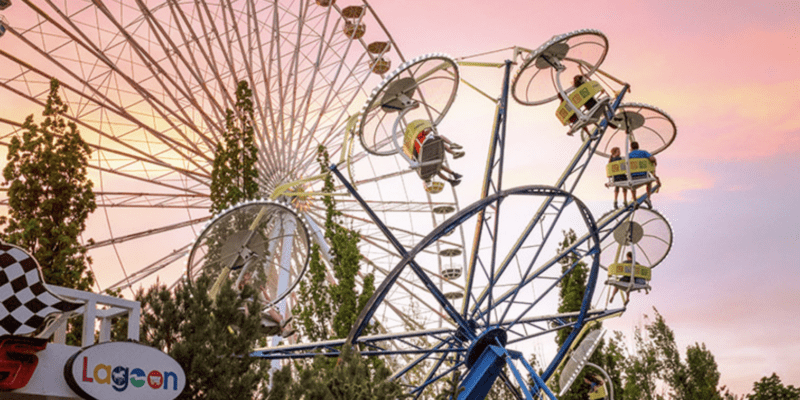 Guests visiting a popular theme park this weekend received quite the scare.

The Farmington Police Department said two different parties reported seeing the suspects, who were waving guns and appeared to be intoxicated, reports from ABC 4 News said.

The theme park temporarily shut down and a few people matched the suspects’ description, but none were found with weapons. As a result, no one was arrested and police say that no visitors were directly threatened by anyone.

The theme park is now reopened and operating normally.

Lagoon Amusement Park is home to many thrilling rides and attractions, including Cannibal, Bombora, Rattlesnake Rapids, Colossus: The Fire Dragon, Paratrooper, Wicked, Terroride, and many more.

This isn’t the first gun scare to happen at a theme park recently. Walt Disney World Resort has uncovered more guns than ever before. Just a month ago, a convicted felon carried a gun into Disney World and resisted arrest, according to reports from the Orange County Sheriff’s Department.

Most theme parks now have metal detectors and security checkpoints for visitors to enter prior to getting into the theme park– including every Disney Park, Universal Orlando Resort, Universal Studios Hollywood, Six Flags, Busch Gardens, Lost Island Theme Park, Cedar Point, and many others– and there are policies in place at most that don’t allow for concealed carriers.

“Guests are not permitted to have firearms, ammunition, knives or weapons of any kind at or in Disney Resort Hotels and Disney Vacation Club Resorts, including in hotel rooms, units, vacation home villas and general public areas within the hotels and resorts.”

What do you think of this incident at Lagoon Amusement Park? Let us know in the comments!